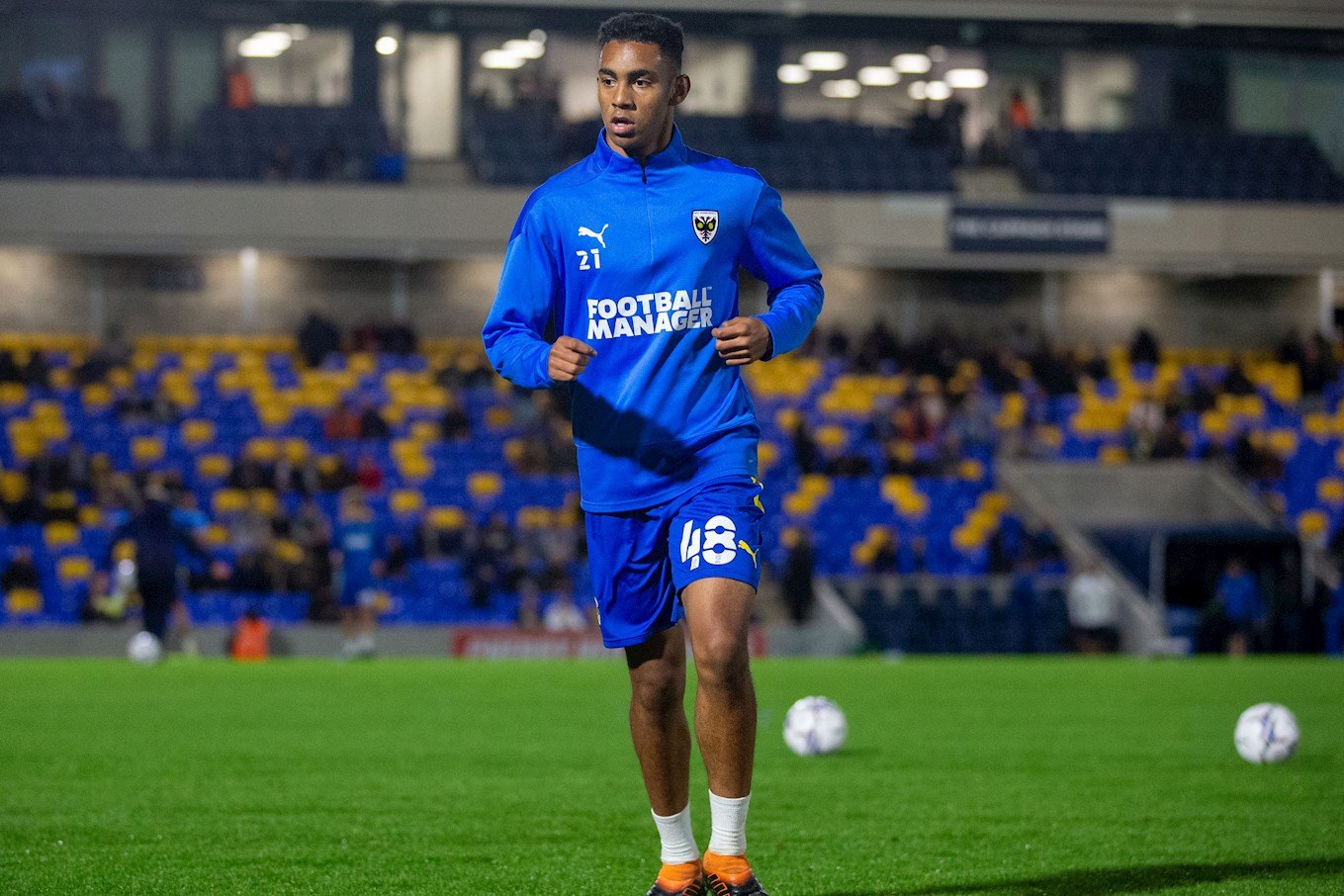 After progressing through the AFC Wimbledon academy system, young attacking midfielder Isaac Olaniyan has put pen to paper on his first professional contact.

The 19-year-old joined The Dons at the age of 11, progressing through the age groups to be handed his first senior start against Crystal Palace Under-23’s in the Papa Johns Trophy earlier this season. An unfortunate time with injuries saw Isaac extend his apprenticeship for a third year, to give him additional time to return from injury and stake his claim for a professional contract.

After impressing the first-team coaching staff with his performances this season, AFC Wimbledon boss Mark Robinson said he was delighted to see how well Isaac has progressed. Speaking to the club website, Robinson explained: “Isaac has so much potential, but he has been really unfortunate with injuries. It is so important we give these lads every opportunity we can within our resources to prove themselves. We have rated him highly for a long time and a long-term injury shouldn’t influence our decision on giving him more time. I absolutely hope he continues to progress over the coming months so that we can commit further to his development.”

Meanwhile, Olaniyan said that the pro deal is a reward for the years of sacrifice he and his family have made.

“I’m very happy and proud to have signed my first professional contract with AFC Wimbledon, a club which I have been at since I was 11,” Isaac said. “This is something I’ve worked extremely hard for and dreamed about since I started playing as a four-year-old. Although this is only the start, it’s nice to be able to reach this milestone and reward me and my family for all the sacrifices and hours that have been put into getting me to this point.

“Since I’ve been here the club has developed me, both a player and as a person. I’m looking forward to working hard and earning opportunities to use my talent and ability to help propel the club to success in the near future.”

Academy Manager Michael Hamilton said: “Isaac’s ability is undoubted, he is very effective between both boxes, has a great work ethic, and a great range of passing. The past 18 months or so have been difficult for him due to a sequence of injuries, hence our decision to extend his scholarship and to afford him the time to recover properly.

“Over the past few months, he has been back out, reconditioning, and increasing his minutes with the Under-18s. Now he is back fully fit. The plan now for the second part of the season will be for him to experience senior football, via a loan, find some rhythm, and find form to enable him to get back to his best. That will enable him to continue his development with us.

“There’s a lot of work that goes unseen in situations like these, so massive credit needs to go to Jenna Richards and Liam Connor for the support they’ve given off the pitch to support Isaac’s rehabilitation.”