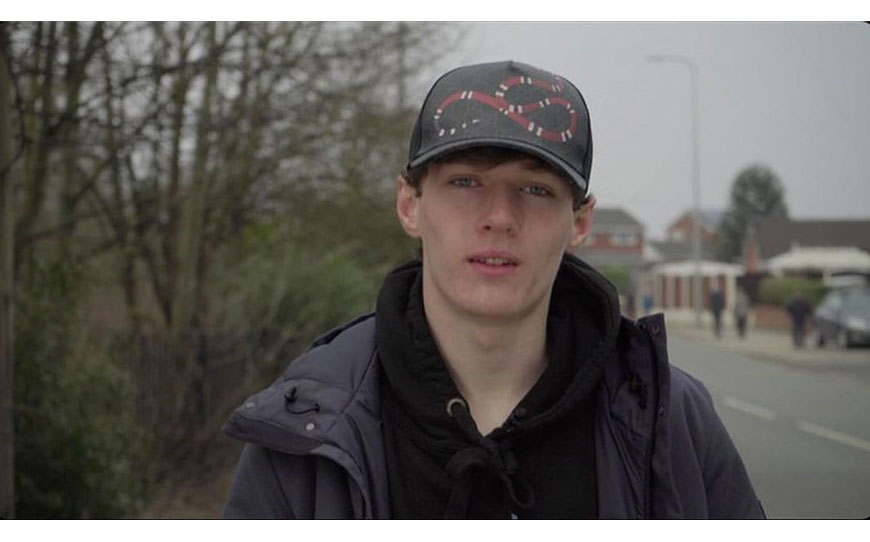 In the UK, suicide is the single biggest killer of young people under the age of 25, with men statistically being three times more likely to take their own lives than women.

Harry O’Brien knows he could have been part of that statistic, after his mental health struggles came to a head in January 2019.

Over the course of a couple of months, the Morecambe academy graduate became overwhelmed by exam pressure, was uncertain about his future in football having been released by Preston North End, and then spent Christmas Eve mourning the untimely death of his grandmother.

Now 18, O’Brien recently shared his mental health story in a video called ‘The Walk’, in which he reveals how he experienced and overcame the most difficult day of his life.

“I went through a very bad stage with my mental health in Year 11, where every day I woke up thinking that I didn’t want to wake up,” he told LFE. “The Walk focuses on one of the main stages of my journey, when I left my house with the intention of never coming back.

“As sad as it sounds, that’s what I was feeling and what I wanted to do. A lot of things that were bothering me suddenly added up and I didn’t talk to anyone about it, so it all just built up into one big fireball.

I’d describe it as a civil war in my own head, between my good and bad thoughts, where the bad thoughts were winning.

“That day of the walk is where it all exploded and I was done with bottling up all the sadness. I went from my house towards a nearby field and a lot of emotions were going through my head at the time. It was a scary situation.

“I messaged a few of my friends to say sorry and goodbye, but fortunately they got in contact with my dad. I answered a call from him and burst out crying and ended up waiting for him to pick me up. I’m happy to have made it through the other side and it’s made me a lot stronger as a person.”

“When the video came out, I had a lovely response,” he continued. “It was a bit overwhelming really. I had a lot of things on my mind for a long time in a negative way, so when my thoughts started to turn more positive, I wanted to spread that.

“It was hard to open up and tell my story in that way, but it needs to be recognised that it’s normal to feel sad sometimes. That message is often promoted when it’s too late. I’m trying to be proactive about spreading awareness, so that it can hopefully stop someone before they spiral to a point of no return. I’ve already had messages from people saying that hearing my story has helped them.

“The worst thing I did was think that people would judge me. I used to feel that they’d think I’m weird or not normal because I was upset about something. That’s the biggest message I’d say to anyone – people are going to help you if you open up, because it’s normal.”

In the months that followed his darkest day, O’Brien developed a close bond with his school Chaplain and was also referred to CAMHS – an NHS service that assesses and treats young people with emotional or mental health difficulties.

However, it was during his time at the Shrimps when the teenage goalkeeper started to truly come to terms with his feelings, via support from The PFA.

“School were really supportive and I appreciate them a lot,” he added. “I had a specialist with CAMHS and counselling with school, but I wasn’t really ready to open up yet, so I didn’t get the most out of it.

“When I joined Morecambe, I still wasn’t okay. One day, I was in the gym and I just broke down crying. I spoke to my coach, Neil Wainwright, and told him that I needed help.

“Within a few days, we’d been in touch with The PFA and they’d set me up with a counsellor. I met with someone once a week for a couple of months to have a chat, usually having a walk along the beach at Morecambe Bay, and it was really refreshing.

“Being able to talk things through with a professional helped me start to feel like myself again. You sometimes hear bad things about football and that there can be a lack of support, but it’s definitely available if you ask for it. Even my grandad, who’s in his 80s, is still a PFA member and is currently receiving support with his healthcare.”

The resilient youngster is hoping that the progress he has made since unloading his emotional stresses can inspire others in a similar mental state to seek support.

Determined to make a difference, he has appeared as a guest on a handful of mental health podcasts, raised money for suicide prevention charity PAPYRUS and recently returned to St. Mary’s Catholic High School to share his story with current pupils.

“People are always going to suffer with mental health because life can be challenging at times, whether you’re involved in football or not,” said O’Brien. “The target is for more people to be aware of how to handle it, or see signs to notice in others, by making it more commonly spoken about in general conversations.

“There has been a stigma attached to men struggling with their emotions and historically they’ve been told to ‘man up’. It’s time to normalise opening up and the fact that it doesn’t make you weak, it makes you strong to have the courage to admit your struggles.

“I was walking to school with my head down and my hood up, with the mindset that if I can’t see people, then they can’t see me. I got kicked out of a GCSE mock exam for falling asleep, because I was so exhausted from not being able to sleep and just crying for hours the previous night.

It got to the point where I risked my own life instead of speaking out.

“Things could’ve panned out differently for me and it doesn’t need to get to that stage for someone to start making improvements to their mental health. That’s why I’m determined to spread my story.”

Having tackled his mental health demons and found a way to move forward, O’Brien’s future is looking bright. Despite completing his two years at Sky Bet League One newcomers Morecambe without a professional contract, he is ready to embark on the next phase of his life after earning a soccer scholarship at Jefferson College in Missouri, USA.

“It’s an exciting opportunity for me to improve as a person and a player by experiencing a new country and getting a degree while playing full-time football,” he said. “I’m going to a junior college, so I’ll be there for two years and then I’ll transfer to a larger university after that.

“I was planning it around Christmas time and then I was all sorted by March. Working out my next step early helped me to enjoy my final few months at Morecambe. It felt like there was less pressure on me and I was almost like a kid again, just enjoying my football.

“The apprenticeship has really helped me to mature as a person. I’ve been around first-team training and learned about how to be a professional, I’ve become more resilient by experiencing ups and downs and it has set me on my way to the next chapter of my life by giving me the chance to go over to America.

“Now I’m excited to start a new adventure and see where it takes me.”