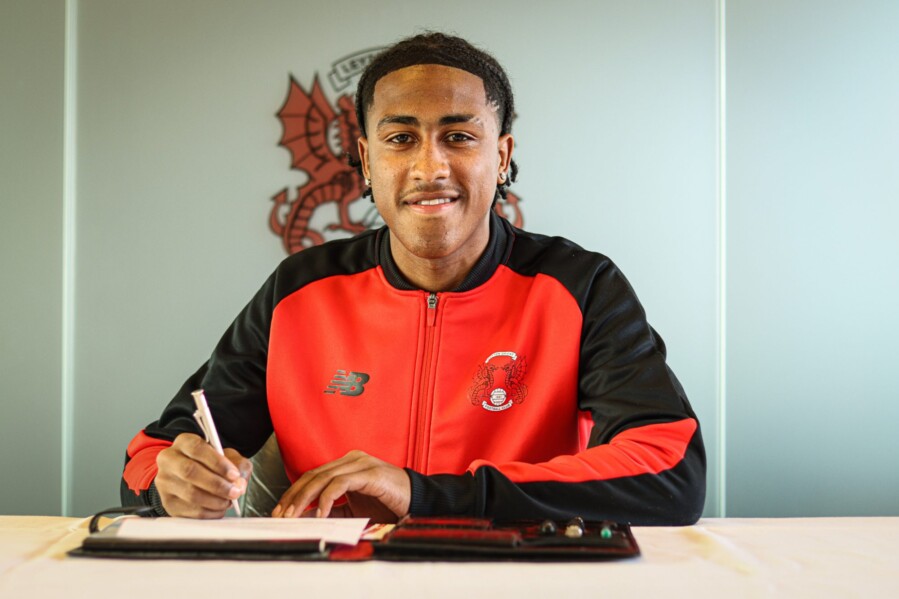 Teenage midfielder Zechariah Obiero has put pen to paper on a two and a half year professional deal with Leyton Orient, keeping him at the club until the summer of 2024.

Obiero, who celebrated his 17th birthday last week, has progressed through the academy since joining at the age of 16.

Described as a technically gifted central midfielder, Obiero caught the eye of first-team staff in pre-season, scoring a long range goal in an Orient XI game against non-league side Dulwich Hamlet.

Obiero went on to be involved closely with the first-team and was named on the bench in the Carabao Cup game against QPR.

During the U18’s this season he has been a mainstay in the midfield and played an important role in the Under-18s’ recent FA Youth Cup run.

Leyton Orient’s Lead Professional Development Phase Coach Brian Saah was delighted to see Obiero secure his first professional contract, telling the club website: “’Zech’ was one of the later ones to get a scholarship, but once he came in, people were speaking really highly of him; he wants to learn, and he’s got loads of ability,” he said.

“Joe [Gallen] and Kenny [Jackett] took a shining to him early on, as did the players and staff, so we’re all delighted to get it over the line.

“He’s technically very good, exciting, can score goals, and is an all round player. He has energy and can work box-to-box, and is starting to learn the defensive side of the game too.”

“Orient has a history of producing good young players, it’s almost like a tradition, so long may it continue.

“We all play our part in players like Zech, so speaking for everyone in the academy, it’s a proud moment.

The O’s academy has continued to produce several first-team players in recent years – recent graduate Shad Ogie being the most recent example after his Orient stay was extended for a further two years.