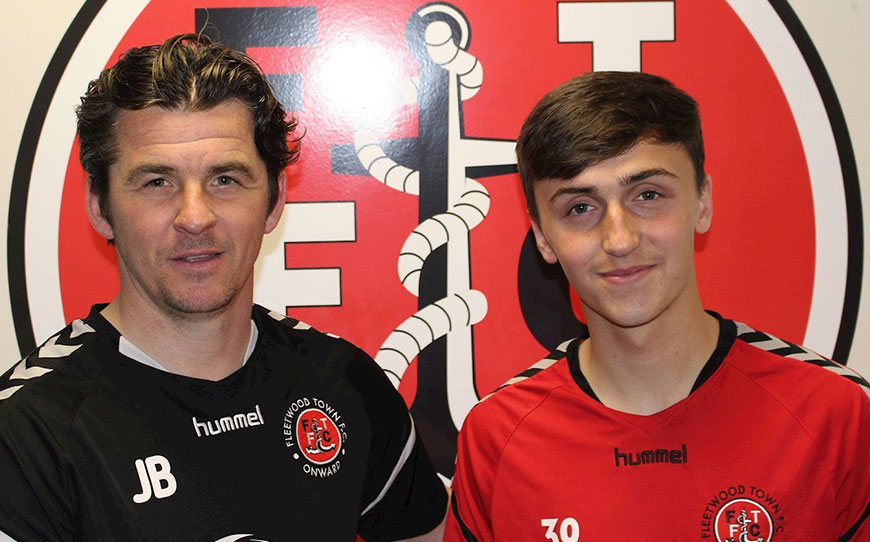 Fleetwood Town have handed a first professional contract to young striker Sam O’Halleron, who has penned a 12-month deal with the option of a further year.

The 17-year-old has been impressive for Fleetwood’s Under-18s and becomes the third Academy player to turn pro for the club this season, following on from Ryan Rydel and first-year apprentice James Hill.

“He’s done well for Simon Wiles in his team, and knows that if he is to get into the first team picture that a lot of hard work is ahead of him. We look forward to seeing him continue his development with us.”

Ciaran Donnelly, Academy Manager, added: “Sam has worked extremely hard in the second year of his scholarship, and developed into a good striker who can produce moments of excellence.

“He has a lot of work to do if he is to realise his ambitions of being an EFL striker, but he has definitely shown good promise this season and the club are keen to see how he progresses.”