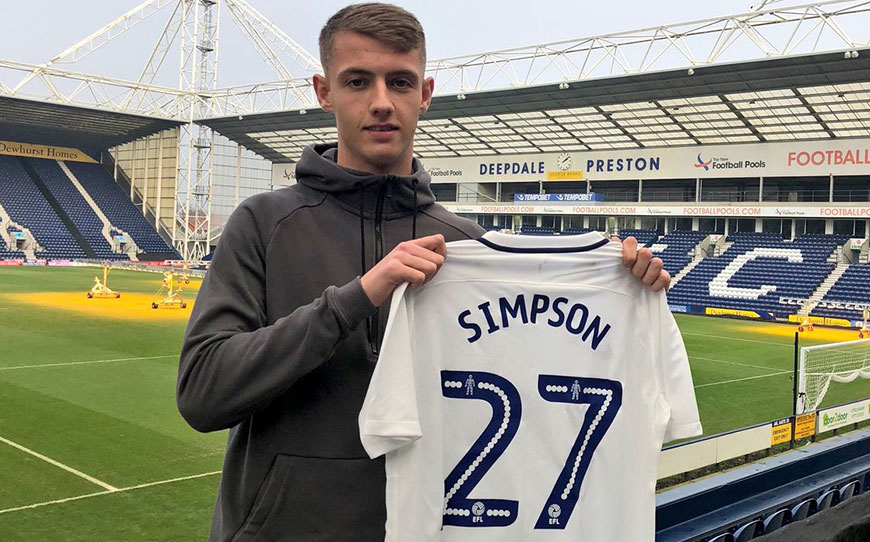 Preston North End have completed the signing of Hartlepool United striker Connor Simpson for an undisclosed fee, agreeing a two-and-a-half year contract with the Lilywhites.

The 17-year-old was selected in LFE’s ‘The 11’ for October 2017 after making a name for himself in the first year of apprenticeship, scoring 17 goals in the EFL Youth Alliance North East, as well as earning two substitute appearances in Sky Bet League Two near the end of the 2016-17 season.

The second-year apprentice, who has featured nine times in total for the senior team, made Pools history in September by becoming the club’s first player born this century to score a goal for the first-team when he used his 6ft 5in frame to convert a towering header on his first senior start against Maidstone United.

North End manager Alex Neil told the club website: “He’s certainly one for the future, I think he’s got outstanding qualities with his size and his stature and the fact that he’s played men’s football at such a young age.

“I don’t think there’s too many of those types about and I think the last time we went and got somebody in a similar situation it was probably Jordan Hugill when we took him from Port Vale and look what happened there.

“So all the signs are good, he’s one we will take a bit of time with and develop but I think all the indicators are that there is certainly something to work with and we are hoping to try and make him better.”

Meanwhile, Simpson added: “It’s a very good club to come to, it has a lot of history behind it and I am really excited to get started.