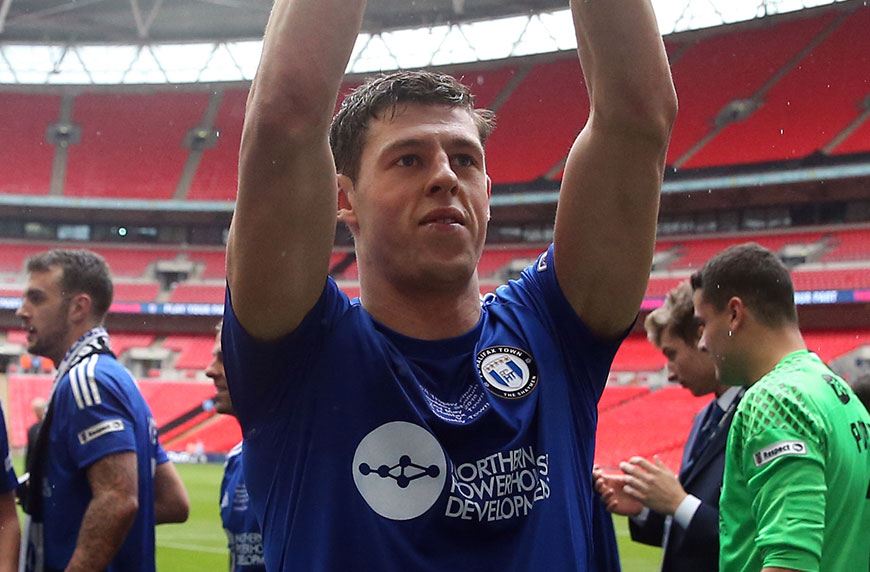 Shrewsbury Town have signed defender James Bolton from National League outfit Gateshead for an undisclosed fee on a two-year deal.

The 22-year-old came through the ranks at Macclesfield Town, making his debut on the opening day of the 2013/14 season in a 1-0 home defeat to Nuneaton.

Bolton has only ever featured in the fifth tier of English football, playing for the Silkmen, Halifax Town and Gateshead, but has now worked his way up to League One level.

“I’m really pleased to have finally got it through,” Bolton told the Shrews website. “It was an easy decision with it being in the English Football League and being such a big club, so it was brilliant.

“It’s always been my goal to play in the Football League and hopefully I get the opportunity to do it here. It’s going to take time to adjust. It’s not like I’m going to get straight into the pace of it, but I’m confident that I can get used to it and hopefully do well for the team.

“Hopefully coming here will better me as a player. Getting to play with better players will hopefully bring out the best in me and I will do well so that the team can push on.

“I’ve got to try and make an impression in the pre-season games and do okay and then hopefully get a start in the first game of the season.”

The tall right-back made 10 appearances in total for Macclesfield before being sent out on loan to Halifax, where he established himself as a key figure during their run to the play-offs in 2014.

His form encouraged the Shaymen to make the move permanent as he went on to amass 91 league appearances for the club, missing just one league game due to suspension during the 2015/16 campaign, as well as contributing to the team’s FA Trophy success as they beat Grimsby 1-0 in the final.

Bolton then reunited with old boss Neil Aspin at Gateshead last term, racking up 39 outings which attracted the attention of the Shrews.

Town manager Paul Hurst said: “He’s someone that we’ve been trying to sign for a little while now. He’s a player that certainly impressed for Halifax in the Conference and then moved to Gateshead with the manager and he’s one that we kept an eye on last season.

“He can play centre-back as well, but I’ve made it clear that we are looking at him as a right-back. For me, he’s at a good age where there still should be some development in him, but he’s got a lot of experience and has played quite a lot of games.

“My job now is about making him feel at home and making him understand that he is good enough to play. He seems a relatively confident person, but sometimes people need that little bit of reassurance and I wouldn’t have brought him here if I didn’t think that he was good enough.

“Hopefully he will get to train and mix with the players very soon and we will see him pull on that Shrewsbury Town shirt, probably, at the weekend.”