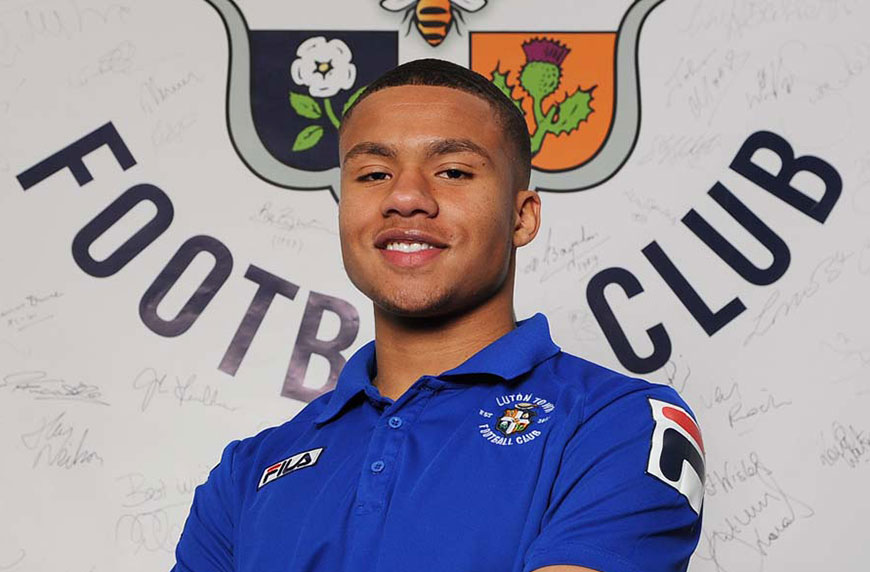 Luton Town defender Frankie Musonda has signed a new contract which will run until the end of the 2018-19 season, with an option for a further year.

Musonda, who joined Luton 11 years ago, completed his apprenticeship at the club in 2016 after captaining the U18 side.

The 19-year-old centre-back has made eight appearances for the Hatters and scored in an EFL Trophy game against Gillingham last season.

“Frankie has shown real good promise since I came to the club, and is another of the successful youth team that won the league and cup double and reached the quarter-finals of the FA Youth Cup two seasons ago,” said manager Nathan Jones.

“He’s developing every day in training and is a player we believe will continue to improve, so we are delighted he’s committed his future to us.”

“I’m really happy,” said Musonda told the club website, “I’ve been here for more than half of my life now – this will be my 12th year – so it’s great news for me.