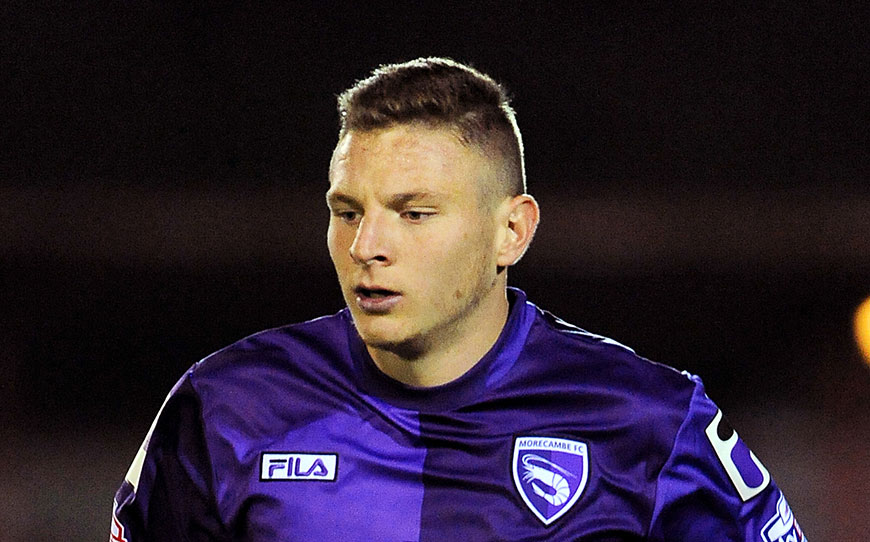 Morecambe striker Paul Mullin has been snapped up by Swindon Town for an undisclosed fee, penning a two-year contract at the County Ground.

The 22-year-old played at Huddersfield for the second year of his apprenticeship and earned a first professional deal after bagging 14 goals in 25 starts for the Under-18 side.

But he failed to make an impression on the first-team and joined Morecambe in the summer of 2014, where he went on to feature 140 times in all competitions for The Shrimps.

“I had a great three years with Morecambe. It was an invaluable experience,” Mullin told the club website.

“Coming to a bigger club like this is great and everything is bigger, the town is bigger and there are more fans, so there is going to be pressure.

“I’m relishing it and I can’t wait to start.”

Mullin is no stranger to a fresh challenge, having played for both Everton and Liverpool in his junior years before a brief spell in Spain with Racing Santander prior to joining Huddersfield’s academy.

“I’m made up to be here. It is a massive club,” he said. “I’m just made up to have got it all done so that I can get ready for pre-season and the new campaign.

“The move came about very fast to be fair. I spoke to the gaffer a couple of days ago and we got it over the line very quickly thankfully.

“From the first moment I spoke to the gaffer and he outlined what he wants from the club and what direction he wants to take us in, which is to get promotion.

“The new gaffer has given everyone a lift, the club seems to be on the up again and promotion is obviously the aim.”