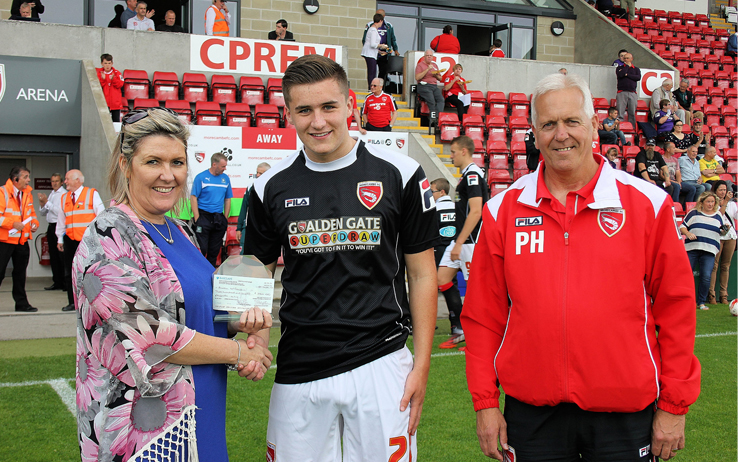 The 18-year-old, who was the youngest player to play in the Football League in the 2012–2013 season at 16 years and 6 months old and is also the clubs youngest ever debutant, was presented with the award and a cheque for £250 ahead of the Shrimps 2-1 victory over Plymouth Argyle at the weekend.

Morecambe Academy Manager Phil Hackney was delighted by LFE’s decision to recognise McGowan’s efforts above hundreds of other youngsters – who were also in the second year of the apprenticeship last term:

“I’m delighted for Aaron,” said Hackney. “He always applied himself professionally to completing his NVQ work which tied in directly with his training programme. His level of detail and the quality of his work has set a fantastic example to our existing apprentices.”

Aaron is a young player full of potential who has been around the first-team for a while so it’s pleasing to see him pick up an award for his efforts around his educational programme.”