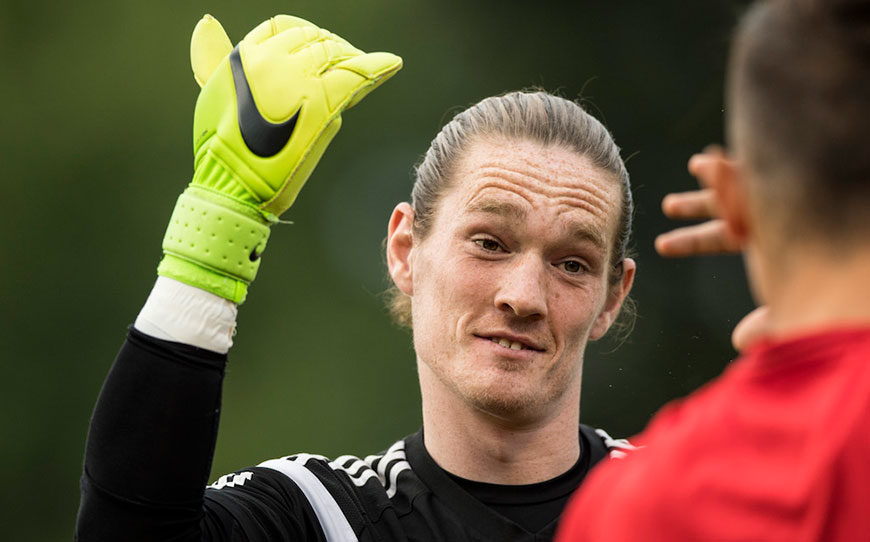 Former Macclesfield Town apprentice Andrew Mills first jetted off to Sweden to play for Arnäs IF Herrlag in the country’s sixth tier as part of LFE’s Player Placement programme back in 2014 after being released by the Silkmen.

Three years later, he found himself in a squad embarking on a trip to Turkish giants Galatasaray, having joined Swedish Cup champions Östersunds FK on loan during their quest to reach the group stage of the Europa League.

Mills linked up with fellow former apprentices Jamie Hopcutt (York City), Doug Bergqvist (Aldershot Town) and Curtis Edwards (Middlesbrough) in the side, led by English manager Graham Potter, as they defied the odds to not only qualify for the group stage, but then progress to the round of 32 having finished second in a group consisting of Athletic Bilbao, Hertha Berlin and FC Zorya Luhansk, setting up a meeting with Arsenal.

The 24-year-old goalkeeper signed a professional deal with the club in January and ahead of their clash with Arsene Wenger’s superstars, he spoke to BBC North West Tonight about his journey so far.

Click the link below to watch the video package, which was first broadcast on 13 February on BBC North West Tonight – BBC One, weeknights at 6:30pm.