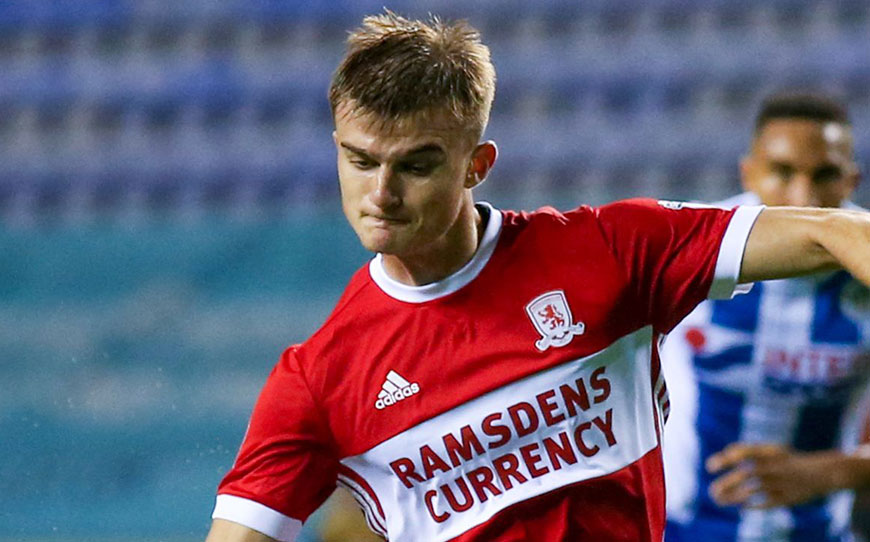 Bury academy graduate George Miller has rejoined the club on loan from Middlesbrough until the end of the season.

The 20-year-old striker was prolific in front of goal as an apprentice as he helped the Under-18s to the EFL Youth Alliance North West division title in 2014-15.

Miller progressed into the first-team during the second year of his apprenticeship, making his senior debut off the bench in a Sky Bet League One defeat to Barnsley in February 2016.

He found the back of the net in his next appearance eight months later against Northampton Town and became a regular member of the matchday squad, amassing 31 outings and eight goals across the 2016-17 season, attracting the attention of Championship club Boro last summer.

Miller has maintained his goalscoring touch since his move, scoring 13 goals in the Under-23 side and also featured as a late substitute in the Carabao Cup against Aston Villa in September.

Shakers boss Ryan Lowe told the club website: “I’ve signed George because he’s a hard-working lad, he’s a talent, he wants to score goals and he wants to improve.

“We sold him in the summer because he scored plenty of goals for us, we feel he went away to Middlesbrough and improved massively. When I spoke to him he wanted to come and help us in this fight so it was a no-brainer to take him.”

Miller announced his return to Gigg Lane in style as he scored the club’s first league goal since November, netting an 81st-minute equaliser as Bury overturned a 1-0 deficit to win 2-1 at Oxford United.