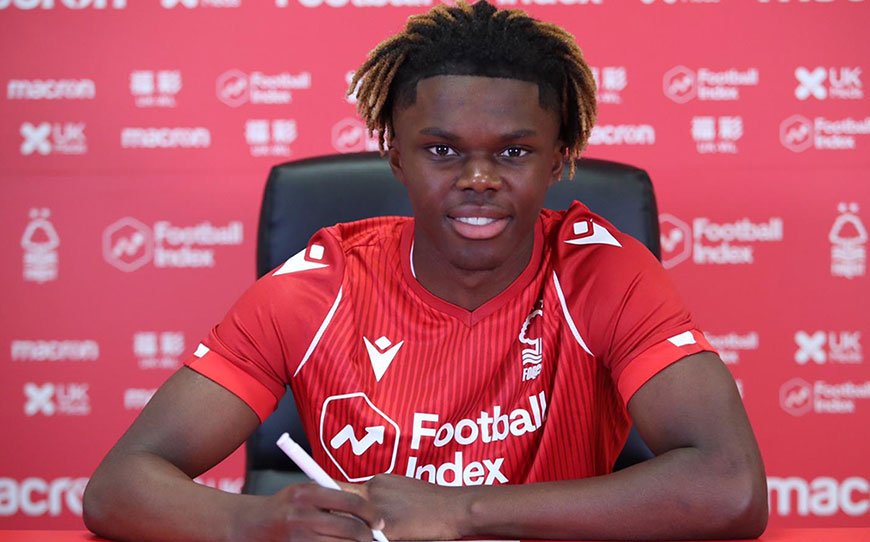 The left-footed teenager has been a standout for the club’s Under-18s and 23s sides, and progressed into the first team for the Carabao Cup trip to the Emirates Stadium in September, playing the final quarter of an hour against Arsenal.

“I am delighted, obviously having been here since the age of eight there is no better feeling,” the England Under-18 international told the club website. “I was raised in the city, my parents were raised in the city so it means a lot.

“I am excited but this is just the start, there is a lot to come and I am excited to be able to prove myself to the fans, the manager and to everyone.

“It means more being from here, living literally five minutes away and going to the games when you are younger, of course it means a lot. And now being that step closer to showing what I can do on that big pitch is an amazing feeling.

“I was happy to see the other lads sign their contracts, as they are good friends of mine; it is great achievements for them. It shows that we have good players in the academy and that the pathway is there, we just need to use it and trust it.

“It has been great being involved and they have been helping me out every day with bits of advice. It is different to be in that environment than the Under-23s but I feel that I am adapting well to it, keep working hard and hopefully I’ll get my opportunity.

“It as an indescribable feeling to make my debut. Playing at the Emirates Stadium with about 55,000 people there, it was amazing. The support was amazing and to come on and play about 15 minutes was an incredible feeling.

“Now I just want to stay part of the group, maybe get a few appearances but it is about getting used to the team and the manager trusting me. I just want to gain his trust, gain the trust of the fans and everyone at the club and I am glad I have the opportunity to do that.”