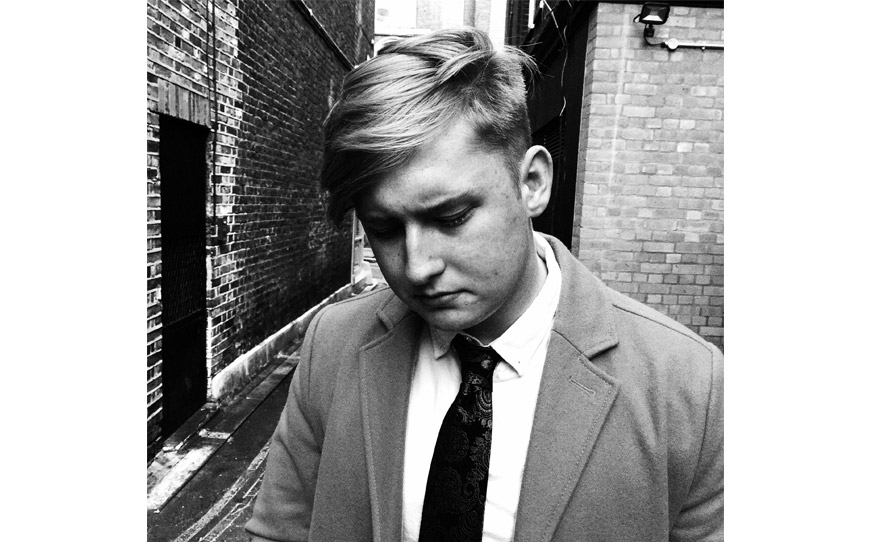 Former apprentice Max Goodman talks about how he has fulfilled new passions away from the game, two years after leaving Millwall.

Two years ago I was a second year apprentice at a Championship club, Millwall. Some of my team-mates were in the first team and I was playing in goal for the youth team. Yet I had fallen out of love with football. I didn’t want to do it anymore and loved music more. Now that’s what I do, with a passion.

It got to the point where I was enjoying football less and less. I didn’t like doing it every day or the stress that came with it. At the beginning of the second year in pre-season I had the weirdest feeling of ‘this just isn’t going to happen for me’. But I felt I couldn’t leave as I would have been a year behind everyone else at school. I stuck it out for months but was really struggling.

It didn’t feel right to carry on. In the end I stopped training and playing but carried on going to college. I was actually better in the classroom than I was on the pitch. I enjoyed the BTEC and was good at it – I got Distinction Merit in the end – but I didn’t want to study sport.

Going to gigs was initially my release from football. Instead of watching football on a freezing Tuesday night I could be chilling at a gig by, say, The Libertines. Then I started blogging about music, having been encouraged by my regional officer, Gavin Willacy to write about what I loved. I told him I wanted to work in the music business as a writer or an A&R man. He said to just start writing, get stuff online and see what I could do.

After a while I felt I was just writing the same thing over and over and that I could get my personality over better and do more, on radio. So I decided to start my own show. I’ve always loved listening to presenters like Chris Moyles and Danny Baker and I’d love to follow them.

I started a podcast called Max’s Mumbles, playing all my favourite music and new bands I’d found out about. Then I realised that I was just talking to myself too much and not playing enough music. So I changed it to an online radio show, every Tuesday night on Twitter. That way I’m limited to an hour and have to be more disciplined with the links between songs. I’ve found I can fit in more in two minutes than when there was no limit on the podcast.

Most of my mates listened to the show at first but then stopped because they felt they didn’t need to support me anymore. So now I’m building my audience again. I think I’m ready to step up to being a proper presenter on the radio soon. I still use a lot of notes and can’t rely on just remembering everything I want to say but hopefully I don’t sound too scripted on the show.

My main job as a social media manager with a mobile TV company has given me some contacts and I’m starting to build a network. I’ve only just turned 20 so it’s early days but I’m doing what I love. I still follow football and Milwall. My brother Jake is playing for Braintree in the National League and I’m buzzing for the boys in my year who are now in Millwall’s first team: Fred Onyedinma, Alfie Pavey, Jamie Philpott. My mate Kris Twardek has just made his debut too. That’s brilliant for them.

When I went to the My Future Today event that LFE put on. The day focused on pursuing other passions and interests alongside football. It was about wider development. I wasn’t doing that but realised it was exactly what I needed to do.

I can’t sing but I have written some songs for others and I might start playing the guitar again. I haven’t played
since I broke my hand on my first day at Millwall! Now I’m even writing poetry. That’s my new thing. I came across John Cooper Clarke and like what he does. Like him, my poetry comes from natural sources like my friends, parties that I’ve been to. I’ve started performing them online and want to see if I can do ten minutes live before bands play, or hook up with a fashion brand to help their promotions. Poetry is the main outlet for my creativity now. I’ve even written one about my apprenticeship, called ‘Different Voices’.

They all watched me as I fall to pieces,
Position is dropped but the future increases,
Half the things I tried to say wouldn’t get through,
I needed to be free but closer to you

And whoever said that I was gonna make it,
It’s been eight years I know how to fake it,
I made a few mistakes and some stranger choices,
All the same opinion but from different voices

I should of tried harder in the first place,
All I wanted was some more of your space,
I didn’t really know if or when to take it,
This was my life but you knew how to break it

Working six days a week for a poxy two bob,
Might as well get a dead end day job,
I know you won’t even remember my name,
Ten years from now it’ll all be the same

You know me I’m bound to complain,
Passing the blame during the game,
Same s*** different day,
Asylum encounters, they thought I was insane

After a long double session,
and the social depression,
Lack of expression,
For a lifelong profession

I made a few mistakes and some stranger choices,
All the same opinion but from different voices

Listen to Max’s music show on Twitter via @maxgoodman_ and his podcasts at https://www.mixcloud.com/BoogalooRadio/playlists/max-goodman/