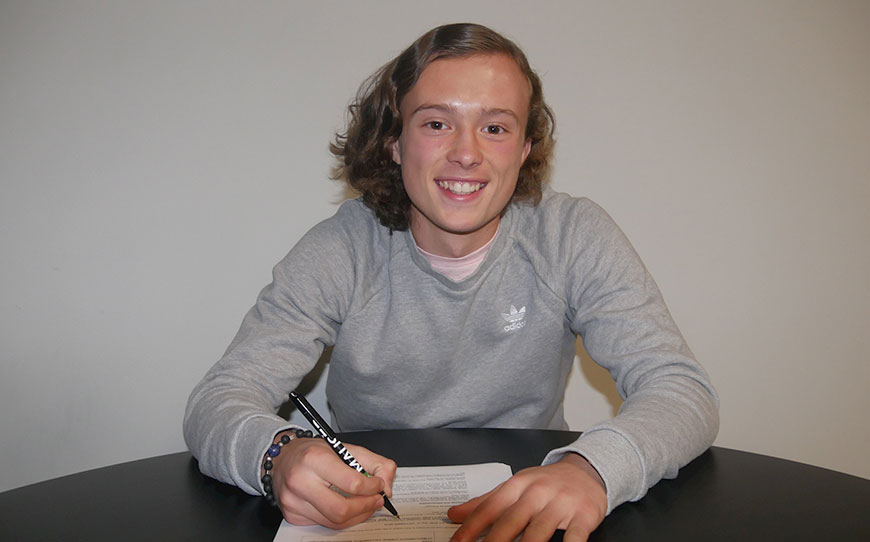 Rochdale have managed to tie down starlet Luke Matheson to a three-year professional contract despite reported interest from multiple Premier League clubs.

The 17-year-old featured seven times for the first team before even starting his apprenticeship, while he has added another 10 appearances to his tally so far this campaign.

The highly-rated full-back shot to fame in September after scoring a terrific volley at Old Trafford during Dale’s Carabao Cup clash with Manchester United.

England Under-18 international Matheson told the club website: “It honestly is a dream come true. I’ve played football all my life and I can’t remember not having a ball at my feet, so I can’t put into words how happy I am to finally be a professional footballer.

“It’s every little boy’s dream, and I’m so lucky and thankful for the opportunities that Rochdale have given me in the time I’ve been here.

“It’s the only club I’ve ever been at. They scouted me when I was nine-years-old and they’re still giving me opportunities when I’m 17-years-old. I can’t thank the club enough, they’ve been amazing.”

Chief Executive David Bottomley said: “We’re delighted that, so soon after his 17th birthday, Luke has committed himself to Rochdale Football Club by signing a three-year deal.

“We all recognise the special talent that Luke is and what he has achieved already, and trust that he enjoys continued success as a player at Rochdale Football Club.

“We would like to pay special thanks to Luke and his family for being part of the Dale, and also to the coaching staff from the Academy and First Team, who have worked so hard to nurture his talent to ensure he has reached today’s signing of a professional contract.”