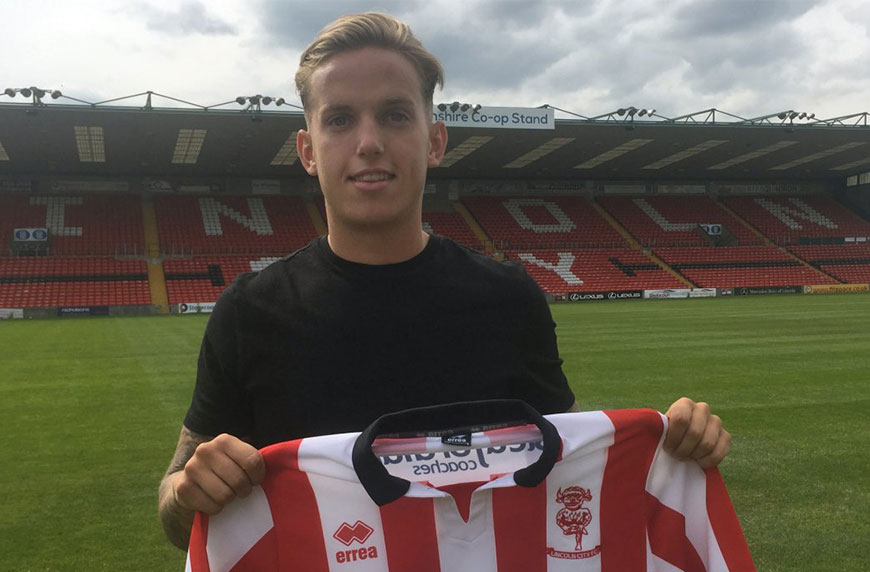 The 19-year-old is yet to make a senior appearance The Seagulls since graduating from their academy but has enjoyed two successful loan moves with Worthing and Dagenham & Redbridge.

Maguire-Drew, who appeared in LFE’s Goal of the Season competition for both years of his apprenticeship, led Worthing to promotion to the Ryman Premier League with eight goals in six outings at the end of the 2015/16 campaign.

He followed that with a season in the National League, featuring 46 times in all competitions and bagging 15 goals, including a strike in the play-offs as the Daggers were beaten over two legs by Forest Green Rovers.

And the two-time LFE Goal of the Month winner will now gain some English Football League experience with the newly-promoted Imps and has already made an impression after scoring a stunner on his debut in a pre-season fixture against Benfica B.

Manager Danny Cowley told the club website: “He has an unbelievable left foot, and he’ll help us improve on the pitch as we lacked a bit of left-sided balance last season.

“To have that balance is going to be really important for us going forward.

“He has a wonderful left-footed delivery, which for us wanting to get into advanced wide areas will certainly add something.

“Fifty-four per cent of our goals came from set-pieces last season and his fantastic set-piece delivery too will add quality to the group.”