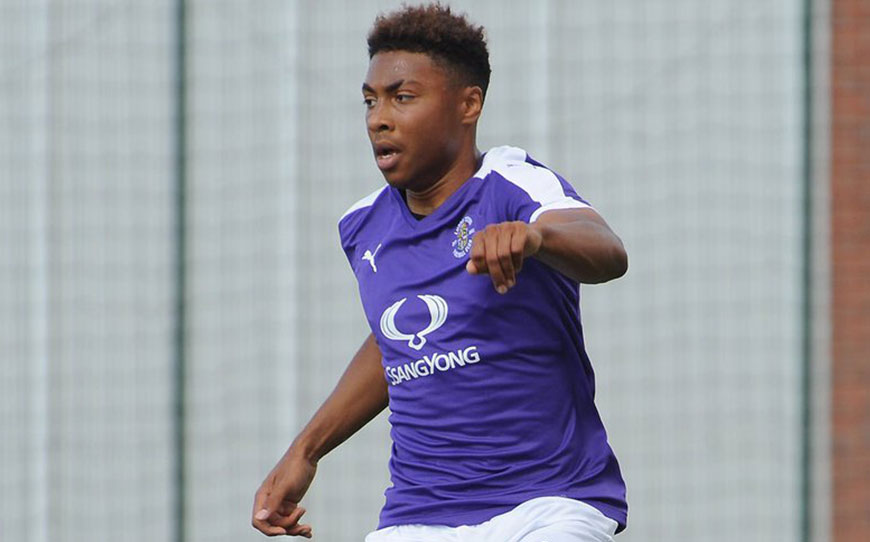 Luton Town youngster Akin Famewo has signed his first professional contract having been part of the club’s double-winning Under-18 side last season.

The 17-year-old travelled with the first-team squad for their recent pre-season training camp in Hungary and was handed his senior bow in the goalless draw with Paksi FC.

The second-year apprentice was also involved during Luton’s 9-0 win at Bedford Town on Saturday.

“It’s a dream come true to finally sign my first pro contract,” the centre-half told the club website. “It’s a tick – a small step in the right direction – and hopefully there are many more to come.

“I’ve come through every single step from centre of excellence to here now, so I definitely don’t take it for granted.

“I feel this team this year is very close, especially because we went away on tour together and were forced to be around each other constantly, so it was good bonding.

“I’m always going to them after training and asking them for pointers, because they’ve got the knowledge and experience.”

Town manager Nathan Jones said: “This is a reward for the progress Akin’s shown for the time that I’ve been here, and even before I came.

“The youth team were very successful last year, which enabled him to come into our eye and since he’s been on our radar, he’s done very well.

“He has lots of good attributes – he’s big, strong, very aggressive, mobile, left-footed – and this gives him an opportunity to train at an increased tempo, at an increased level, to try and push him on to where we want him to be.

“We are delighted that his family and the people who look after him have trusted us with him, because he’s one who would attract a certain amount of attention.”