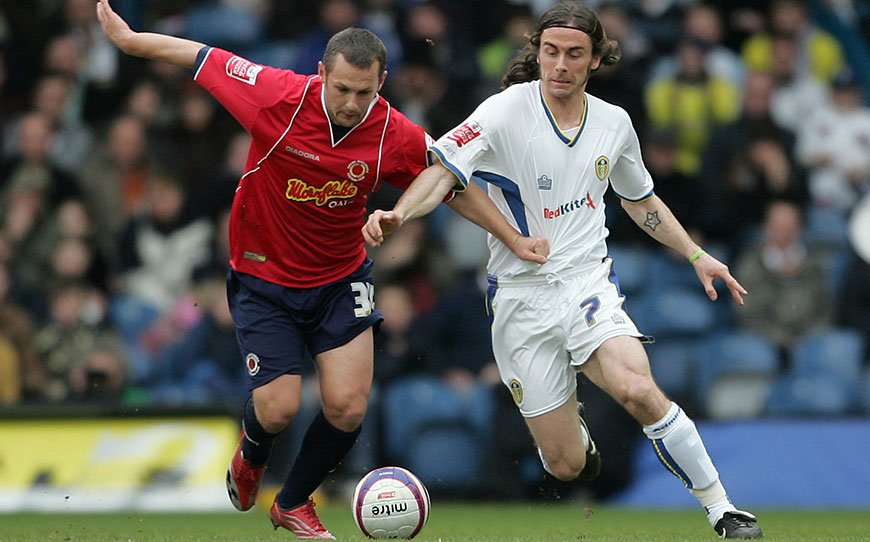 Dale put on a stellar showing in last weekend’s 2-0 victory over Leeds and Lunt [pictured], a former England schoolboy who went on to make over 400 career appearances for Alex believes that Dale is showing potential.

“He’s had a taste of under-21 football, he’s a first year apprentice and we are looking at him to keep pushing himself and to keep improving as we are with others.

“He’s got a great attitude, he runs around, works hard, has ability, and when it all comes together he looks a good player.

“First half [against Leeds] he actually wasn’t doing what we wanted him to do but second half I thought he worked hard especially when we went down to 10 men, he worked as hard as two men.

“In the end his quality set us up the first goal and the second goal.”

Crewe have maintained their reputation as a club that focuses on the production of young players and Lunt believes it remains the ideal place to be for a young player.

“We have had Charlie Kirk and Callum Ainley both having made appearances for the first team, who are both doing really well.

“Ollie Finney who scored the second goal [against Leeds] was sub for the first team last week.

“I think one of the pluses about our club is that we give opportunities to players who we think deserve one. If everybody can see that, they know that if they keep pushing and pushing they’ll get their chance in the end.”