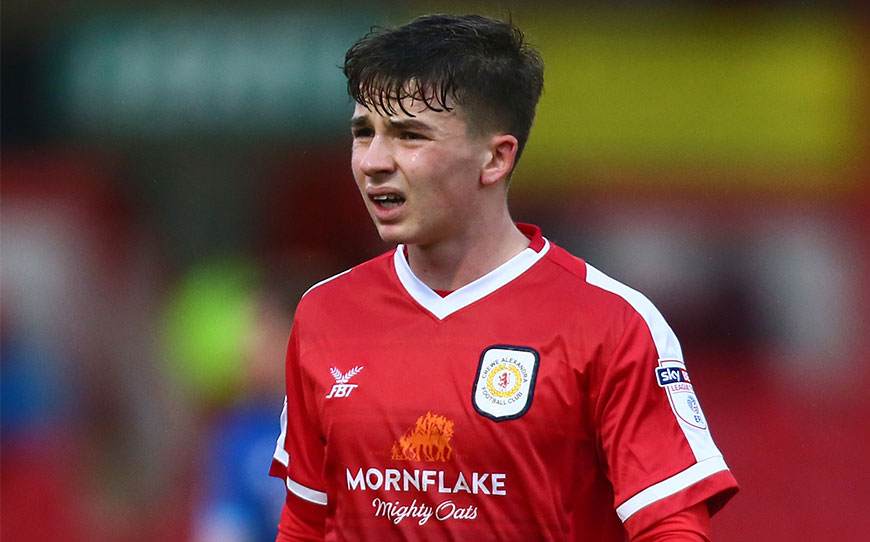 Crewe Alexandra midfielder Tom Lowery has committed his long-term future to his boyhood club by agreeing a new three-and-a-half year deal, extending his stay until June 2021.

The 20-year-old came through the ranks at the Alex and signed his first professional contract at the conclusion of his apprenticeship in May 2016 and broke into the first-team five months later during a 3-2 Checkatrade Trophy defeat to Wolves Under-23s.

He told the club website: “I agreed the contract last week and it was done nice and quickly. I am really pleased to have signed it and it is a great opportunity for me to develop here.

“I have been here since the age of 9, so I owe the football club. They have bought me all the way through the Academy system and the gaffer (David Artell) and Kenny (Lunt) have really shown their faith in me at first team level.”

Lowery made his Sky Bet League Two debut four days later as a half-time substitute in a 1-1 draw with Luton Town and was handed his first start the following week in another stalemate at Notts County.

The central midfielder amassed nine appearances in total last year and has become a regular member of the first-team during the 2017-18 campaign, featuring 29 times across four competitions for the League Two strugglers.

“They are trying to help me and make sure I impose my football on games more often. It’s my local club and that means a lot when you are playing, especially when you are out there on a Saturday with other lads that have come through the Academy with you.

“I want to become more consistent as a footballer and my focus is to try and improve my performances.”