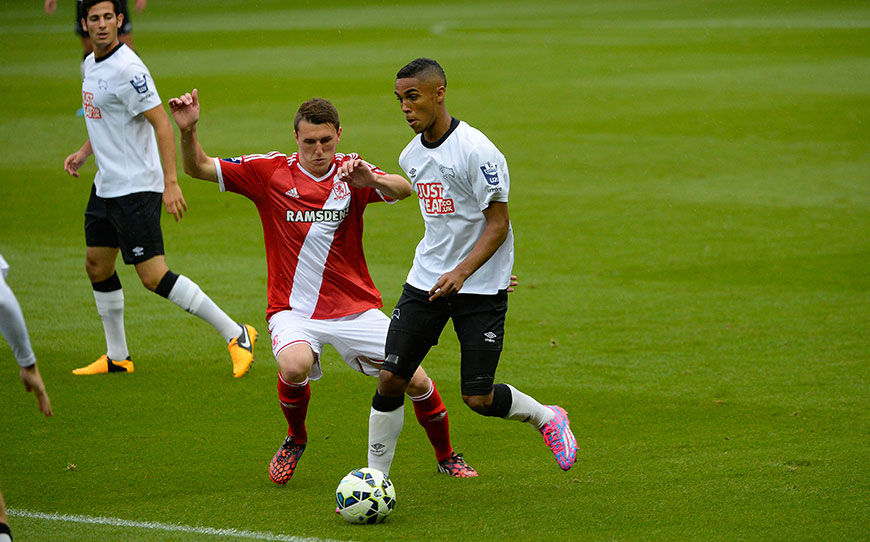 Derby County’s Max Lowe is hoping he can “maintain the best start to a season” that he has had.

Full-back Lowe, graduated from the Rams Apprenticeship programme in the summer and was immediately installed as captain of the Club’s Under-21 team.

The youngster was then awarded a first-team squad number and more recently named on standby for the England Under-19 side.

“It’s probably the best start to a season that I have had but I just know that I have got to keep it up,” Lowe told The Ram.

“I know that I will always get opportunities with the boss because I will always have Darren Wassall (Academy Manager) pushing me along.”

Lowe, who has trained with the first-team on a fairly regular basis since the summer admitted that he had been surprised when manager, Paul Clement gave him a squad number and then added him to the travelling party for the trip to Reading.

“I have really enjoyed being part of the first-team set-up, the lads have really helped me settle within that team and it has been a great experience learning things both on and off the pitch.

“Both Fozzy (Craig Forsyth) and Stephen Warnock, in particular have been a big help for me. Off the pitch they have helped me with my strength and conditioning, they support me and they ask me how I’m finding things each day.”

Lowe also paid tribute to his mentor, Wassall who has helped him develop the drive to be successful in football.

“This is the fourth year that I have worked with him (Darren Wassall) and he surprises me every year with the way he is,” Lowe added.

“He’s really passionate about his job and that makes us passionate on the pitch. He helps everyone in the club.

“Even if you aren’t playing he sits you down, has a word with you and tells you what you need to do to get back in the side.With him being a defender, he has been a big influence on me and he has helped my game a lot since I started working with him.”