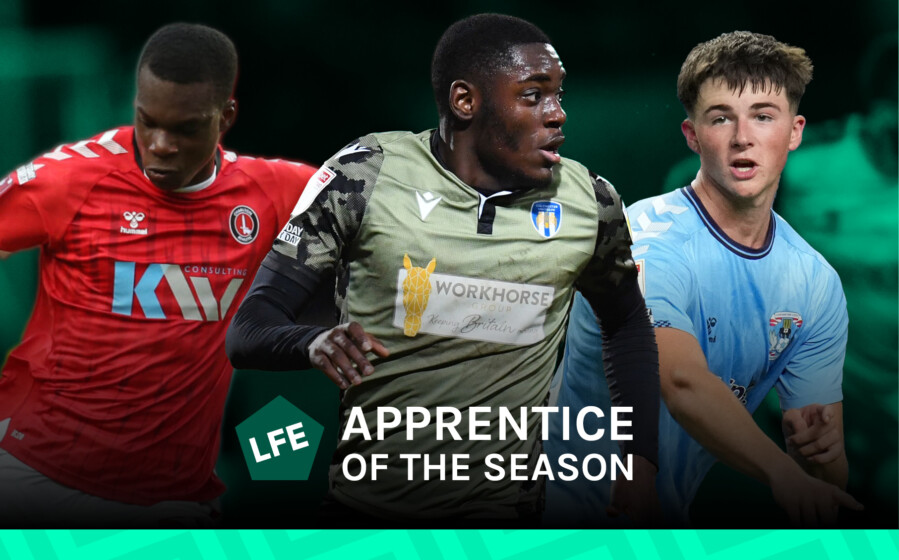 The winners of the LFE Apprentice of the Season 2022 for the Championship, League One and League Two have been revealed.

Coventry City’s Ryan Howley claimed the honour of the LFE Apprentice of the Season for the Sky Bet Championship following an excellent season, both on and off the pitch. The 18-year-old made his Championship debut for the Sky Blues against Nottingham Forest earlier this month, following on from his first team debut in the League Cup against Northampton Town back in August. His impressive performances for the Under-23 side has led to him training regularly with Mark Robins’ first-team squad and also gaining international experience with Wales Under-19s. Alongside that, Howley has displayed exceptional commitment to the academic elements of his apprenticeship, excelling in the BTEC Extended Diploma to achieve his target grade of D*D*D*. Howley featured in LFE’s The 11 in November, highlighting his excellent academic and football development during the review period. The runners-up were Jordan James (Birmingham City) and Jevon Mills (Hull City).

LFE Apprentice of the Season 2022 – League One:

Charlton Athletic’s Ayodeji Elerewe claimed the LFE Apprentice of the Season award for Sky Bet League One. Since moving into the second year of his apprenticeship, the 6’3″ defender has gone from strength to strength, breaking into the first team to play 11 times after initially making his professional debut against AFC Wimbledon in August. Away from the pitch, ‘Deji’ is on course to achieve a DD in the BTEC Diploma and has put maximum effort into fulfilling his academic potential. The runners-up were Freddie Draper (Lincoln City) and Michael Williams (Crewe Alexandra).

Colchester United’s highly-rated Junior Tchamadeu won the LFE Apprentice of Season award for Sky Bet League Two. Building on his impressive breakthrough season last year, the 18-year-old defender has established himself as a key player for The U’s this season, racking up 23 more appearances to take the total to 34 senior appearances in all competitions. Despite Tchamadeu signing a three-year deal at the start of the season and being so heavily involved with the first team, it has not affected his commitment to education, attaining an impressive grade profile of D*D* on the BTEC Diploma. The runners-up were Alex Aitken (Stevenage) and Ethan Brierley (Rochdale AFC)