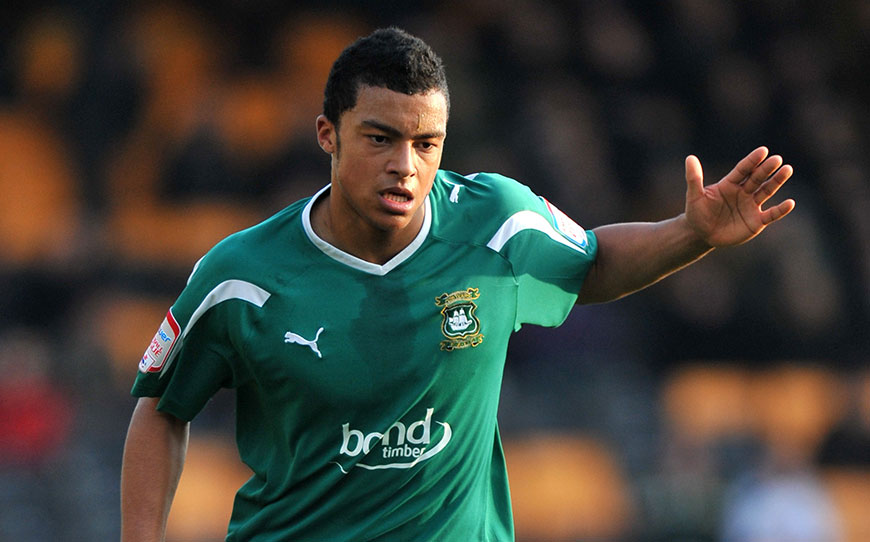 Former Plymouth Argyle striker Matt Lecointe has been forced to retire from football at the age of 21.

Lecointe who once made a single goal-scoring appearance for England’s Under-18 team described his decision to quit football – after three knee operations – as “heart-breaking”.

The forward looked to have the world at his feet when he made his Pilgrims debut at the age of 16.

However despite earning a professional deal, Lecointe has been unable to build on the 30 first-team appearances he made as an apprentice due to injury problems that began when he suffered a torn anterior cruciate ligament in a pre-season game against Truro City in 2013.

He eventually recovered from that injury but the associated damage to his lateral meniscus proved impossible to overcome. Lecointe is now considering a career as a personal trainer or a physiotherapist after his time as a footballer was ended prematurely.

“The surgeon basically advised me to give up football because the knee is not getting any better. It’s getting worse if anything,” Lecointe told the Plymouth Herald.

“He said ‘you have just got to look after your health now’. It’s pretty heart-breaking really. You play the game you love all your life and you know football is going to end at some point, but not this early.”

“I have had three operations and the surgeon basically said there was only one operation that could possibly make the knee better. But the only person it has worked for was a goalkeeper so the odds were completely against me going for it.”

Lecointe continued: “When I injured my knee there were a few things that I did. We thought the cruciate was going to be the main problem, but that is fine now. It’s these other things – it’s to do with the lateral meniscus – that never healed.”

“I believe I gave it every possibility I could to get back to playing regular football but it wasn’t meant to be. I feel like I did everything I could in my rehab. I did it all properly so there are no regrets or looking back and wondering whether I could have done anything better.”

Lecointe has also been advised by his surgeon that any form of football or running could have further degenerative effects.

“He told me I have really got to look after the knee and just going for a run could damage it and it would get worse,” Lecointe said. “Before I know it, I could be struggling to walk.”

This fate was hard for Lecointe to imagine when he picked up his knee injury in pre-season two years ago. He said: “I couldn’t really walk or anything after I did it, but it wasn’t painful. I managed to hobble off the pitch and left the ground on crutches.

“I think I have just been unlucky really. There is nothing I could have done about it.”

Lecointe made his debut for Argyle as a substitute in a 1-0 League Cup defeat by Millwall in August 2011 just weeks after starting at the club as an apprentice. He was then selected for an England under-18 international against Poland in March 2012 and scored once in a 3-0 victory.

His last appearance for Argyle came in a 0-0 draw against Dagenham and Redbridge at Home Park in February 2013. He was ruled out of the entire 2013-14 season but was still offered a new one-year contract by then Pilgrims’ boss John Sheridan.

However, a recovery proved to be beyond him and he was released at the end of last season. Lecointe went on to have a third operation in an attempt to keep his football career alive, but it was in vain.

He said: “It was an absolute honour and privilege to play for Plymouth Argyle. I grew up in the city and have lived here all my life. Playing for the team you support was a dream come true.”

“There are a lot of people who would have loved to have played 30 games for Argyle like I did. They would literally have cut their arm off for it. It was an absolute honour.”

“There is a lot of luck in football and at the time that I made my debut the club were going through a difficult time. I got my chance to play in the first team and it was unbelievable. And scoring for England was definitely one of the highlights of my short career. No-one can ever take that away from me.”

“I would just like to thank all the players at Argyle, the coaches, the fans, my family and friends for their support over the last two-and-a-half years. And a big thanks to Paul Atkinson (Argyle’s physio) for looking after me. He has helped me so much.”