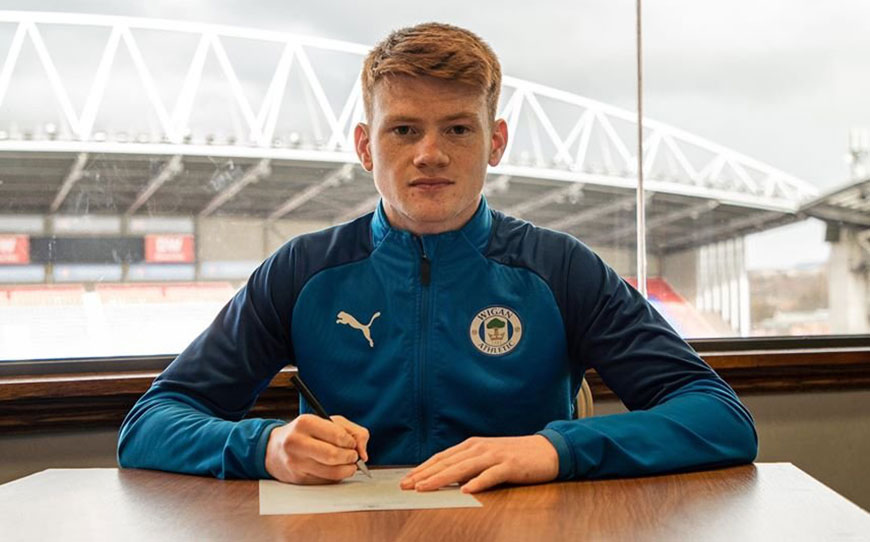 Wigan Athletic have tied up the future of promising left-back Luke Robinson on a two-and-a-half-year deal.

The 18-year-old has been an impressive performer for the Latics’ table-topping Under-18s team, as well as making a significant contribution to their run to the last eight of the FA Youth Cup, while he has also progressed into the Under-23s.

Robinson was also a key figure in Wigan’s treble-winning outfit last season as a first-year apprentice and has represented Scotland at Under-19 level.

Academy manager Gregor Rioch told the club website: “Luke’s reward of a professional contract is due to his dedication and commitment over the past four years at the academy.

“His progression from schoolboy to professional and his development as a Scotland youth international has been a pleasure to witness.

“Luke has a huge amount of talent – with ambition to match – and if he maintains these qualities he has a very good chance of a successful career in the game.”