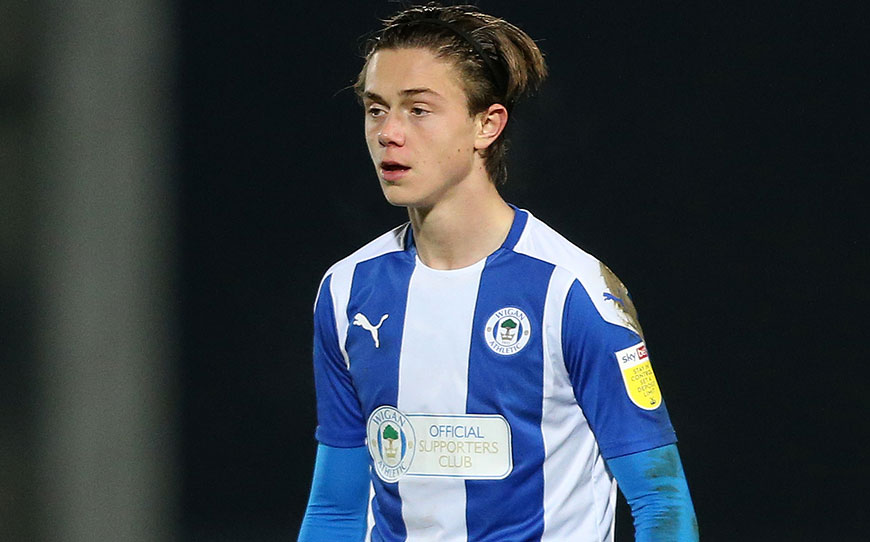 Wigan Athletic academy graduate Thelo Aasgaard has agreed his first professional contract, committing his future to the club until the summer of 2023.

The 18-year-old was handed an extension to his apprenticeship after suffering with injuries last season, and has made a big impression in the first team this term, featuring 13 times in all competitions.

Aasgaard, who has been capped at youth level by Norway, netted his first senior goal during a Sky Bet League One fixture with Oxford United in November.

“It’s a great achievement for me and my family,” the young forward told the club website. “Hopefully we can push on now and see it out for the rest of the season and stay in the division.

“I’ve had to push through some hard times with injuries through my scholarship, but I am delighted to take this next step. I can’t wait to keep this going and show the fans and people at the club what more I have to offer so for me it’s exciting times.

“I want to thank Gregor (Rioch), it could have been easy to let me go after my scholarship with all my injuries but he’s trusted my ability. The Under-18s coaches too, Peter Murphy and everyone else who has trusted in my ability.

“I’ve definitely developed physically; I’ve grown a lot. Mentally as well, I was in a tough place with my injuries. It was hard coming in and get motivated when I was just sat in the gym. But stepping into first team football has really got me going and got my motivation back.

“As I have had a lot of time in the gym it’s given me the opportunity to work on my physique and work on my legs and core.

“I think what is massive is your confidence when stepping onto the pitch when you’re playing. I’m naturally a confident player and do what feels natural to me. As you do grow up and play more and more games you feel much more at ease.”

Head of Academy Gregor Rioch said: “Last February, Thelo was just returning from injury and was a sub in our FA Youth Cup quarter final against Manchester United at Old Trafford. Less than 12 months on, Thelo has now signed his first professional contract with 13 first team appearances and a league goal to his name.

“He is a prime example of our club’s patience for the later developer; it’s not where you are on your footballing journey as a 15 or 16-year-old, but what you could become when you are 20 or 21.

“Credit must go to Thelo and his parents, who have shown unwavering commitment to Wigan Athletic and displayed huge amounts of dedication and hard work to achieve this moment.

“I am extremely proud of him. He has earned this new contract and we look forward to seeing him develop his talent with more first team opportunities in the future.”