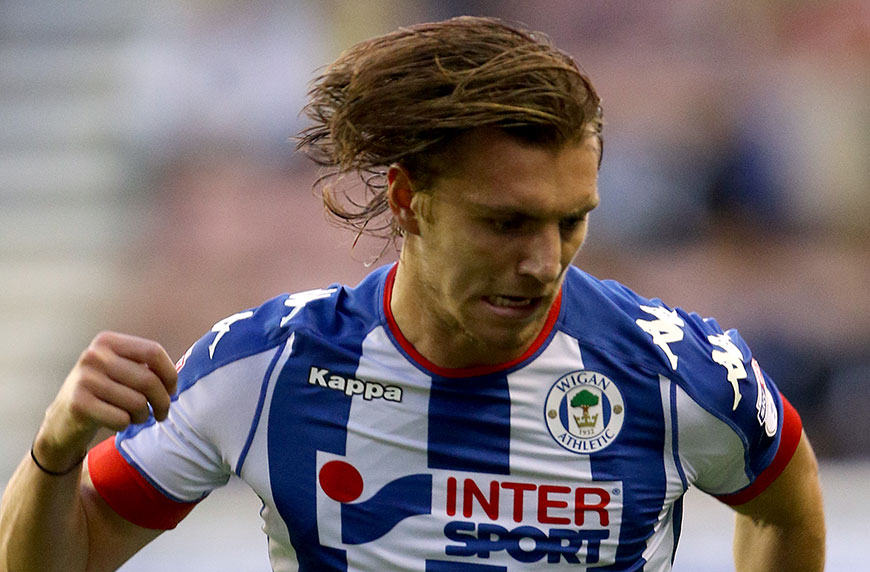 MK Dons have completed the purchase of Wigan Athletic’s Alex Gilbey for an undisclosed fee, putting pen to paper on a three-year deal.

The 22-year-old had featured five times already this season for the Latics before making a shock deadline day switch to their League One rivals.

“I’m over the moon,” Gilbey told the Dons website. “It’s a very attractive club who have a chairman and a manager who want to take it in the right direction. I’m very excited by the move.

Gilbey began his career as an apprentice at Colchester United and was handed a first-team debut in October 2012 in the EFL Trophy against Northampton Town.

The midfielder made four appearances as a second-year scholar, as well as being handed eight outings while on loan at Newport County as he played 90 minutes in their 2-0 play-off final victory over Wrexham to achieve promotion to League Two.

However, he struggled to make an impression at the DW Stadium, appearing just 15 times as he suffered relegation for the second consecutive season when the Latics dropped back into the nation’s third tier.

Dons boss Robbie Neilson said: “He’s been a player we’ve admired for a long time. We’ve worked hard to get the deal done – he is exactly the type of player we are after.

“He’s got great hunger and he’ll be top addition for us.”

Gilbey was straight into action for his new employers as he completed the full 90 minutes in a 1-1 draw with Oxford United.