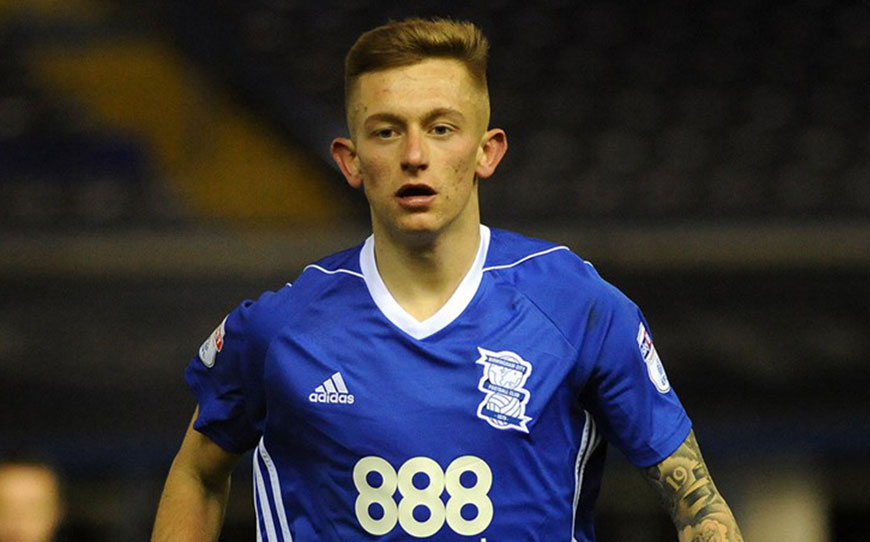 Birmingham City teenager Charlie Lakin has penned a two-year extension to his existing contract, keeping him at the club until summer 2020 with the option of a further 12 months.

The 18-year-old progressed into the Under-23 squad during the second year of his apprenticeship, chalking up 13 appearances before adding a further 22 outings and five goals this season.

His impressive performances led to him being handed a first-team debut in the FA Cup fourth round replay against Huddersfield Town at the start of February, appearing off the bench in the first period of extra-time in a 4-1 defeat.

“From a family point of view, they’re over the moon and they couldn’t be any prouder,” Lakin told the club website. “From a personal point of view, coming through from Under-9s all the way through to making my debut for the club that I’ve supported since I was young is the proudest moment of my life.

“Hard work started at Under-9s and it’s been about maintaining that. The next step is to get as many appearances as I can underneath my belt.

“No matter how long it is, I just want to do everything I can to impress the manager and the fans, get on the bench most weeks or every week and get on the pitch as much as possible.”