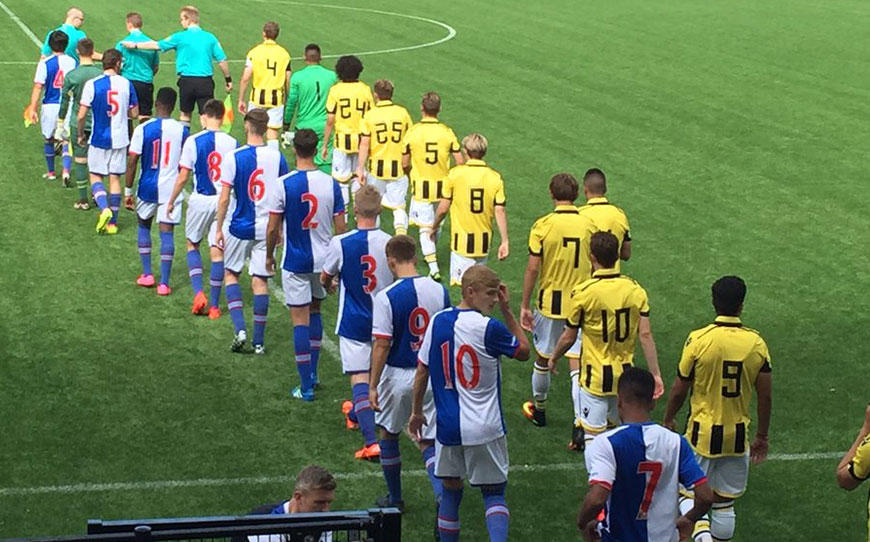 Blackburn Rovers’ Head of Academy Eric Kinder has outlined his satisfaction with LFE’s pre-season trip to the Netherlands for the Rovers Under-18 squad.

Rovers faced Accrington Stanley in a warm-up match before taking on Dutch opponents Feyenoord, Vitesse Arnhem and NAC Breda and are returning with two wins and a draw from the four fixtures.

The players experienced training sessions led by coaches of various Dutch teams, while also having the opportunity to explore the local culture and museums.

“We have been delighted with the way the trip has gone,” said Kinder. “We have been well treated, we’ve been impressed with the facilities, and the people who we have met at each club have been more than generous with their time.

“It has been a hard couple of weeks, there was a lot of travelling, a lot of coach journeys involved and we played four games over the 14 days. It’s what the lads have to do if they want to become a pro.

“It has done the staff the world of good as well. We’ve had different training sessions from different people – it has all been very worthwhile.

“We took a young squad over, with the games against Under-19 sides, but all of the games have been very good.”