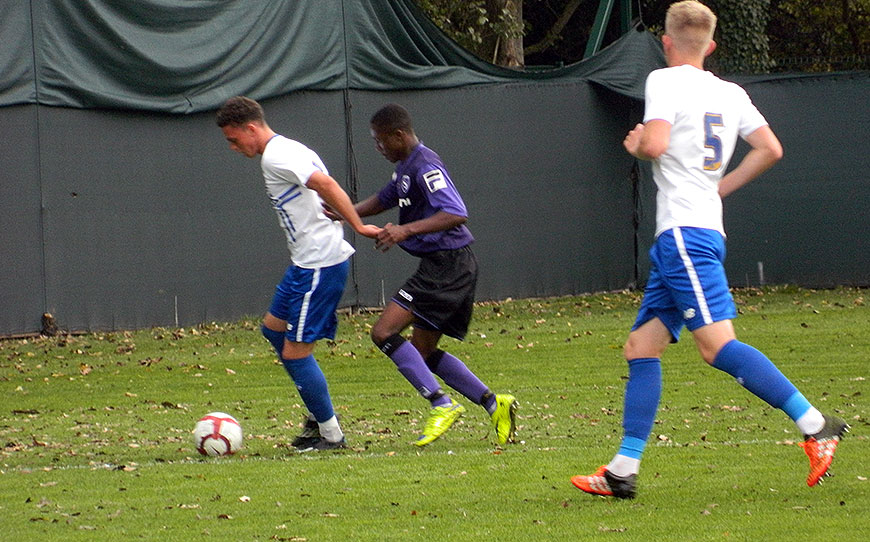 Bury Under-18s manager Ryan Kidd has said that development matters more than results despite his team’s impressive run of results.

The Shakers cruised to a 6-0 victory over Morecambe last Saturday, their third consecutive win and while Kidd admits that his players have one eye on trying to retain the North West Youth Alliance title, he has taken a wider viewpoint – placing performances over league points.

“I’m really delighted at the moment with the prospects coming through this football club,” Kidd told LFE.

Foulds in particular has caught the eye, with the 17-year-old defender attracting the attention of Derby County, Everton and Aston Villa.

“Top scouts are coming to watch us every week from big clubs who are interested in our boys and I’ve got an under 16 and under 15 coming on and playing so I’m delighted for them,” Kidd continued.

“The league comes secondary. We won it last year. We’d like to do well again this year, but the more important part is about development and how these lads are progressing as footballers and today they showed that they are progressing and developing.”