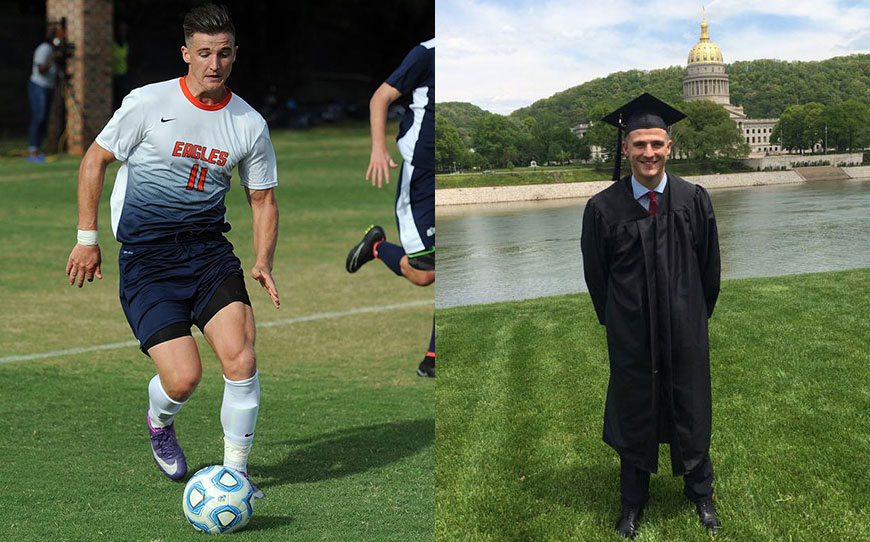 Former Hull City apprentice Jules Gabbiadini has a famous football name as the son of former Sunderland and Derby goal king Marco, but here he tells Touchline about how studying for a Degree and Postgraduate qualification in America could help him net a promising new career.

Firstly, let me start with my time as an apprentice. I loved my time at Hull, we had a great team which won the Youth Alliance League in my second year. We had a real old school Glaswegian coach in Billy Russell and he taught us all to grow up quickly and become accountable for our actions on and off the pitch. I made appearances for the reserves as well which was a great experience, though obviously it was a devastating day when I found out I hadn’t been offered a contract and one I will always be disappointed about.

It’s up there with one of the worst feelings you can experience. You spend years working towards one thing and then it’s clutched away in a matter of minutes. It left a huge void as I hadn’t thought about anything other than football. Thankfully, I’d done well in my GCSEs and worked hard on the education side of being an apprentice, which allowed me to go on to a scholarship to the University of Charleston, West Virginia.

The idea (of going to America) was first brought up by Paul Bartlett, my LFE regional officer. He had some contacts that helped smooth that path. I wasn’t sure where I was going with my life, so it was one of those things where you say to yourself, why not?

I completed my Sports Business degree in three years, a year ahead of schedule (a standard degree takes 4 years here) and decided to use my remaining year of eligibility to get my Masters, which was paid for and enabled me to have another year playing at a good level. I thought it would make sense to do a straight business qualification as my Masters to open up more opportunities in the future.

I’d love to still be involved in football but want to be sensible now I’ve earned these degrees. I may be able to earn more in a different career than playing non-league football. Ideally, I’d like to get a job that allows me to play semi-pro at the weekend. You hear stories like Jamie Vardy rising through the leagues but in football you have to be realistic. Very few have that sort of success. My qualifications offer other employment opportunities.

I’m not saying that players should not believe in their ability to earn a contract it’s just that it doesn’t hurt to explore other options. LFE can help and the earlier you start the better.

For me, America was appealing because you can play football at a great level and continue to train every day. You’re treated the same as a professional in England and to be able to come out at the end with two degrees and no student debts is amazing.

I’ve had a great time and been part of two successful teams, just falling short of being National Champions. It’s a life changing experience and not something that can be quantified purely by academic achievement. While you’re out there you get to do some amazing things and I’ve got a friend on just about every continent now. I’m looking forward to seeing where my qualifications take me and I’ll always look back on the experience as a happy one that will help me progress.