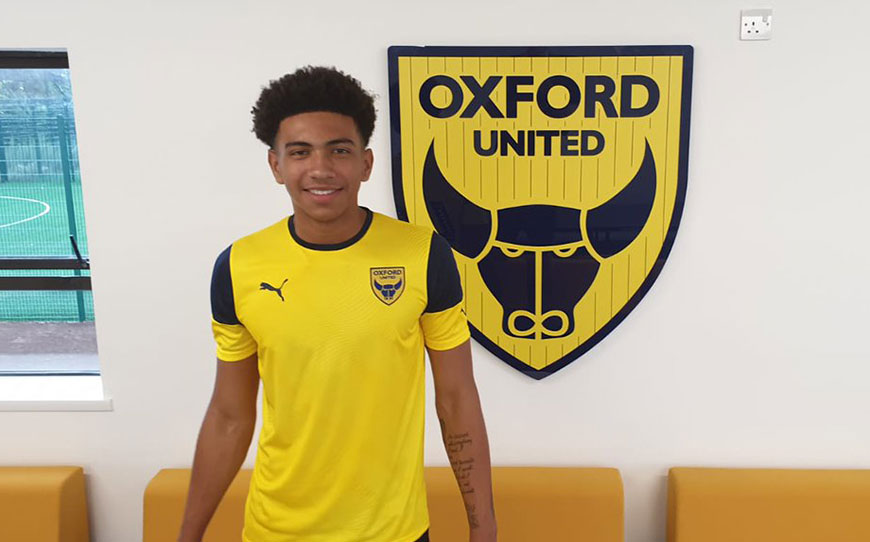 Oxford United youngster Nico Jones has secured his future for the next two years after signing his first professional contract, which includes an option to extend for a further year.

The 17-year-old made his senior debut last season as a first-year apprentice, coming off the bench during a 3-2 victory over Shrewsbury Town before playing the full 90 minutes against Doncaster Rovers and Sky Bet League One champions Luton Town.

“I am ecstatic to see him sign,” Karl Robinson told the club website. “He has all the attributes to go all the way to the top provided he keeps learning and keeps doing the right things.

“Last season he came on as a sub for his debut and looked like he had always played league football. Then we left him in against Doncaster and Luton, where he came up against two of the best strikers in the division and I was impressed with the way he stood up to those tests.

“Now it’s up to him to keep progressing and it is another big plus for everyone at the Academy who are doing a fantastic job in helping these young players come through.”

Jones added: “I can’t thank everyone at Oxford enough for giving me this chance. I mean everyone; coaches, staff, the whole club because they have been brilliant for me ever since I joined. Playing first-team football was the target last year, now I want to work hard in pre-season and try and be part of the first team squad regularly in the new season.”