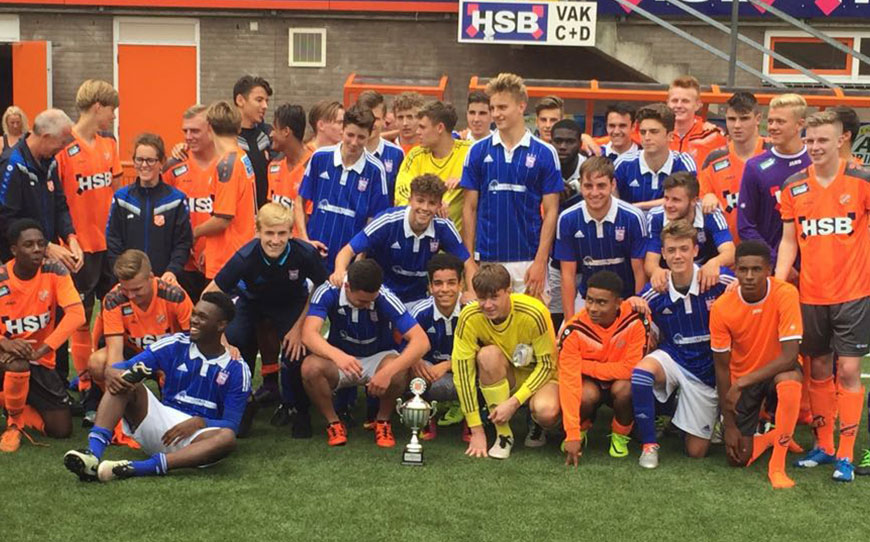 Ipswich Town Under-18s rounded off their pre-season trip to the Netherlands in style by winning the Zilveren Botter tournament.

Playing 30-minute games, the Tractor Boys claimed top spot in the competition after remaining unbeaten in two games each against Groningen and hosts Volendam.

Having watched a goalless draw between the Dutch clubs, Town drew their opening fixture of the tournament 1-1.

Travis Cole produced a powerful header from Ross Meldrum’s free-kick with 10 minutes remaining, but Groningen equalised with a header of their own from a corner as the two sides shared the spoils.

Ipswich then claimed the first and only victory of the contest against Volendam through an early Callum Fullwood goal, who capitalised on a careless back pass and error from the keeper by rolling the ball into an empty net.

Cole and Tristan Nydam created further openings for Fullwood to extend the lead, but both efforts went wide as the score remained 1-0.

The two Dutch sides played out a 1-1 draw in their second match-up, which left Ipswich knowing they only had to avoid defeat in their final two games to lift the trophy.

And they succeeded, securing two 0-0 stalemates to end their Dutch trip with some silverware.