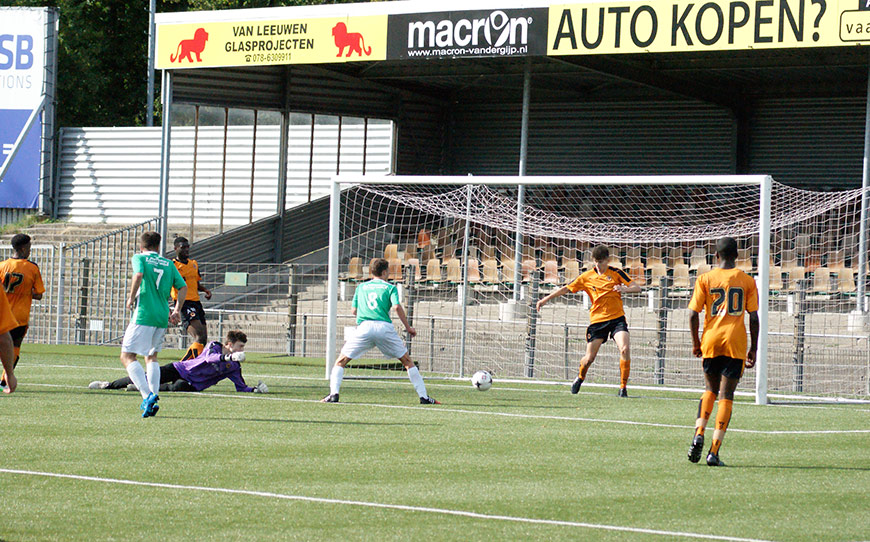 All eight Football League clubs were in action in The Netherlands at the weekend as they continued their preparations ahead of the new season. Here we run the rule over their efforts:

Despite a courageous display, Bury fell short against an accomplished Vitesse Arnhem team who were a year older.

However that was soon remedied when Jessie Arizie applied a simple finish after good work from Rowan Kimmins.

The hosts were not to be denied though and they scored twice in the final half hour to condemn Bury to defeat.

Keeper Jack Ruddy was dismissed in injury time for a rash challenge outside the box.

Alan Moore’s Carlisle side gave up three years in age and gave their opponents, Leonidas Under-21s a two goal start before fighting back with goals from Kieran Hall, Jack Egan and an injury time winner from Max Brown.

The Cumbrians initially struggled to adjust to the physicality of the older Dutch side and conceded a penalty in the opening minutes, which was duly converted by their hosts. However, as the game wore on Carlisle warmed to the task at hand and were unfortunate to concede a second goal shortly after the interval.

Cue comeback time as Hall, Egan and Brown pounced in the final ten minutes to secure an unlikely but deserved victory.

Goals from Charlie Kirk and Callum Ainley were not enough to prevent Alex falling to a narrow defeat against a
competent Den Haag side.

Derby Under 18’s came from a goal down late in the game to record a 3-2 defeat of Feyenoord in Rotterdam after goals from Alex Cover, Jared Bird and Kyron Stabana.

It was Derby who started the brighter of the two teams and took a deserved lead through Cover, who rose highest and headed home following a Calum MacDonald cross from the right.

Feyenoord responded positively and created a number of chances before finally levelling the score prior to the half-time interval after a defensive mix-up allowed the Dutch side a lifeline.

Derby were punished for missing several chances after the hour mark as the Rams gifted another goal to the hosts. But County remained in contention, and with eight minutes to play, were awarded a penalty after a foul on Jahvan Davidson-Miller.

The resulting spot kick was saved low to the keeper’s right, but Bird was quickest to the rebound to create an exciting finale.

And it was the visitors who ended victorious, as promising build-up between Kellan Gordon and Stabana led to the latter scoring an 89th-minute volley to ensure Derby secured a notable scalp to begin their tour.

Goals from striker Lee Hetherington and Marcus Tavernier proved the difference as Boro started their tour with a comfortable victory over FC Twente.

Millwall’s Under-18’s swept a good Lokeren team aside with goals from Mikael Ndjoli, Matt Day and a Kyren Mundle-Smith ensuring a 4-2 victory.

The young Lions flew out the blocks and opened the scoring early in the first period when Ndjoli finished off a powerful run with a cool finish. However that lead did not last long and the hosts restored parity five minutes later thanks to a well-controlled volley following a corner kick.

Millwall regained the lead when James Brown’s dangerous cross from the right was finished converted by Mundle-Smith but for the second time in the game, they conceded almost immediately to end the first-half at 2-2.

As the game ebbed and flowed, Millwall regained their advantage when Mundle-Smith rounded the home keeper for his second of the game following a dynamic counter-attack.

And another counter-attack goal sealed victory with Mundle-Smith this time turning provider to tee-up Day for the Lions fourth goal.

Jack Stewart, Japh Mata and Jordan Prescott (2) got on the scoresheet as Rochdale’s youngsters announced their arrival in The Netherlands by thrashing Dordrecht 4-1.

It was an unfortunate start to the game for Matt Gillam as a ball in the face left him dazed with just 30 seconds on the clock, leading to the early introduction of Prescott.

Dale dominated the early stages of the game and Stweart opened the scoring midway through the first-half. And it wasn’t long before they were celebrating again as Mata’s tap in rounded off a nicely worked move just moments later to put them in command.

Substitute Prescott fired in a third before half-time after good work from the impressive Kisimba Kisimba as Dale threatened to run riot.

The concession of an early second half goal was the only blot on their copybook and Prescott rounded off the scoring with a fine lob from the edge of the penalty area.

Despite an early scare, Wolves eased to victory in Jerry Gill’s first game as the club’s Under 18 coach. Goals from Nyeko Sinclair, Niall Ennis, Brad Lindsey and Connor Johnson sealed a 4-2 win.

The Wanderers were given an early wake-up call when Dordrecht broke the deadlock, but they were back on level terms within a minute as Sinclair smashed in a screamer from distance.

The touring team then took the lead as Ennis guided a shot into the bottom left-hand corner of the net from ten yards out. Lindsey made it 3-1, but Dordrecht got themselves back in it with ten minutes to go.

However, a perfectly engineered corner eased the nerves as Johnson flicked a header past the keeper to complete the scoring and give Wolves a winning start to their trip.