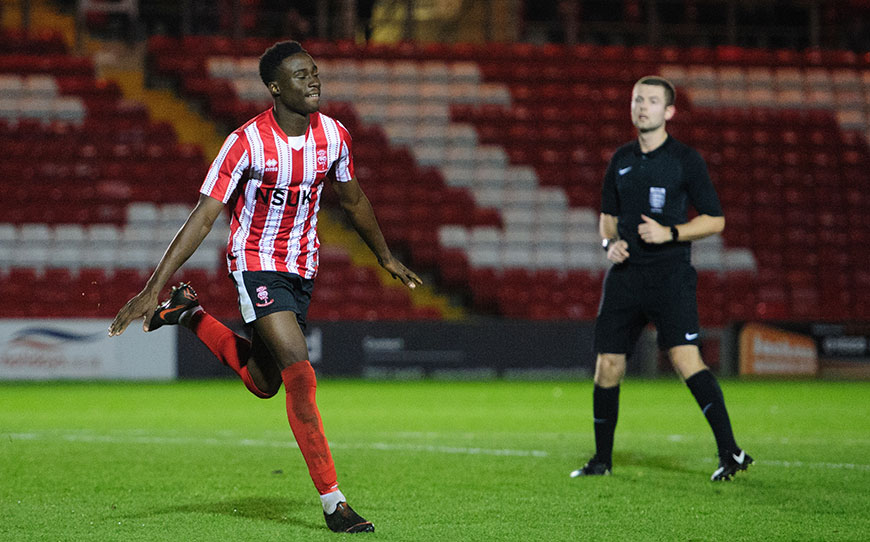 Jordan Adebayo-Smith has secured his future until the summer of 2021 after penning his first professional contract with Lincoln City.

The 18-year-old joined the club following a successful trial last summer and went on to enjoy a successful first year as an apprentice, netting a hat-trick in the FA Youth Cup against South Shields and then scoring at West Bromwich Albion before earning the Imps’ Academy Player of the Season award.

Adebayo-Smith, who was named in LFE’s ‘The 11’ in December, made his first-team debut against Accrington Stanley in the Checkatrade Trophy – featuring for 63 minutes – and gained more senior experience on loan at Grantham Town.

“I feel like all my hard work so far is paying off,” he told the club website. “I have always wanted to be a professional footballer and I can take this as another push to drive me forward.

“Tom (Shaw, Academy Coach) was key in bringing me here. He has showed a lot of interest in me from the start, and has helped me develop my game to help me become a professional footballer.”