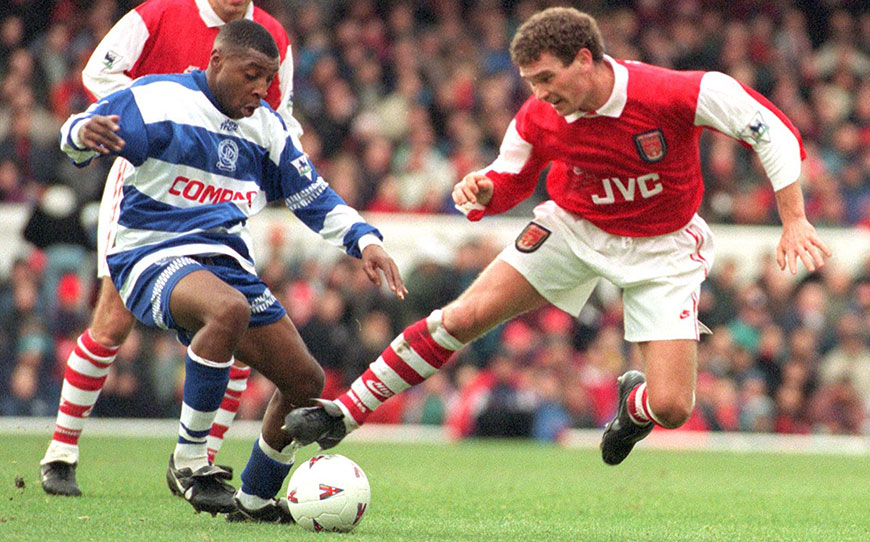 Andy Impey has returned to Queens Park Rangers as part of the club’s Academy set-up.

Impey, had spent the last 6 months working on a voluntary basis but has now been handed a full-time role which will cut across various age groups from Under 12s through to the Elite Development Squad.

A delighted Impey told the club’s website: “Les (Ferdinand) and all the staff have welcomed me back to the club with open arms.

“The club allowed me to come in last season and shadow Paul Hall and Paul Furlong and that’s continued into this season – their help and guidance was invaluable in helping me settle in.

“Now I’m here full-time and it’s a big step forward for me personally.

“We’re trying to create a lasting legacy, where when you come up against QPR, you know it’s a QPR side based on its core values, playing the game in the manner this club has always been renowned for over the years.

“Coming back here in the last few months, it feels as though it’s like the QPR of yesteryear, back to when I was here as a player.

“Everyone is welcome, everyone looks after each other – staff and players – and the supporters are with us. It’s a one club mentality.

“That’s what QPR has always been about for me personally, so I’m delighted to be part of it again.”

Rangers have also confirmed the appointments of Gary Karsa and Murray Jones. Both will work within the Academy.

Karsa, who left Aston Villa in May 2014, has arrived as Head of Academy Recruitment; whilst Jones has been promoted from a part-time position into the role of Assistant Professional Development Coach, working with the Under-18 and Elite Development Squad age groups.

Director of Football, Les Ferdinand, added: “We’re delighted to officially welcome all three of them to the club.

“They’ve all been with us a short while now and are thoroughly embracing each of the roles they’re undertaking.

“We’ve got a strong staffing unit at the Academy and the building blocks are in place for us to continue to improve and raise the standards across the whole set-up.”

Academy Manager, Perry Suckling, added, “We’re really pleased with how all three have settled into their roles.

“Andy lives and breathes football and he’s flourishing in his new position.

“He’s got great experience of representing this club at the highest level, and that’s invaluable for our young players.

“As well as coaching throughout the Academy, he’s also working closely with our loan players, watching them during their spells away from QPR, providing them feedback on their performances and relaying information to the first-team and academy staff on a regular basis.

“He’s got a fantastic eye for young players and can give a personal, informed insight into what it means – and what it takes – to play for this club.

“Gary’s arrival – in a hugely important role – will help us build from the top level down, improving both the infrastructure and recruitment process going forward.

“He’s got great contacts in the game and knows the west London catchment area well, which is something we are keen to develop. There are plenty of talented kids in the area, but not enough in our Academy at present, and that’s something we want to change.

“Murray has shown what a good coach he is and he’s more than earned his promotion into a full-time role.

“He’s a calm, authoritative figure, who is well-liked and respected by the players.

“He’s floating between the Under-18 and Under-21 age groups, passing on his wisdom and knowledge, to help aid the development of our scholars and young professionals.