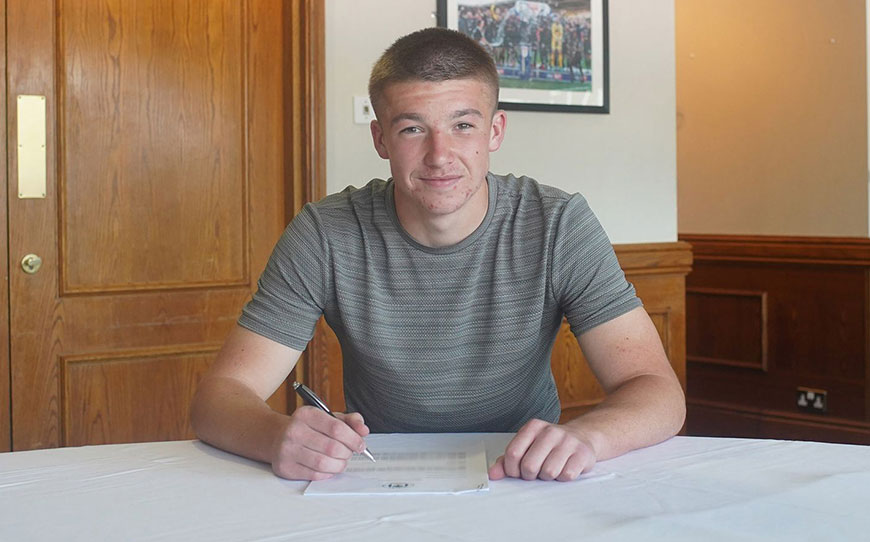 Wigan Athletic have tied down one of their promising academy players, with Under-18s captain Charlie Hughes signing his first professional contract.

The 17-year-old had spells with Manchester City and Liverpool before joining the Latics at Under-15 level, and showcased his outstanding leadership qualities and ball-playing ability during 14 starts last season as the Under-18s retained the Professional Development League North title and won the National final against Charlton Athletic.

The talented defender was involved in a first-team matchday squad for the first time recently, featuring on the bench in a Papa John’s Trophy fixture with Wolverhampton Wanderers Under-21s last month.

Academy Manager Gregor Rioch told the club website: “We are delighted to see Charlie sign his first professional contract. Not only is he a talented footballer, but Charlie is a dedicated young man and a fantastic leader.”