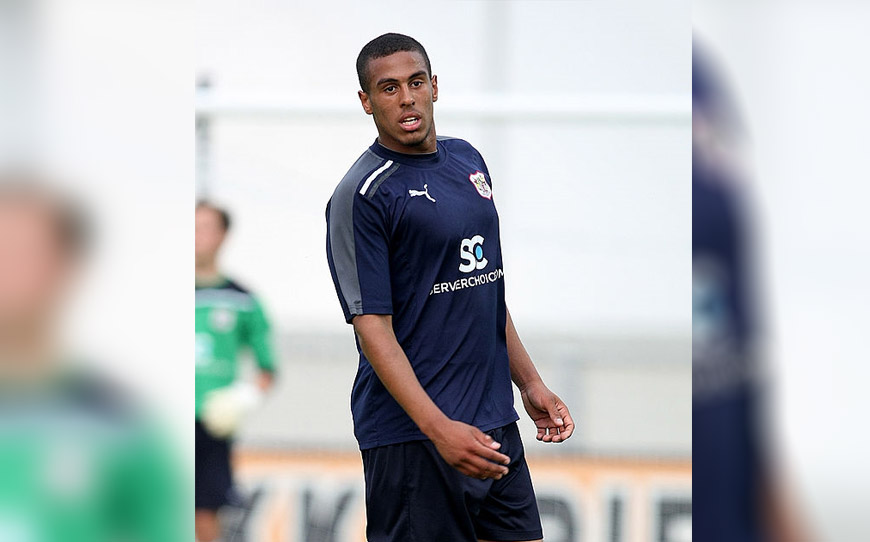 Released by Stevenage in 2012, Farai Hallam still retains aspirations of one day running out at Old Trafford or Anfield as the man in the middle, the Referee.

One time Stevenage apprentice Farai Hallam has not quite yet given up on his dream to appear at Old Trafford or Anfield, it is just that should he achieve it, the circumstances and pressures will be a little different.

Hallam wanted to stay in football when he was released by Boro and secured a position at The Football Association that is split across two departments. Football Development Grassroots is one and the other is the Referee’s department.

So why would a former defender be keen to take on something that for most is a thankless task. Refereeing?

“It’s another good option for young players if they fall out of the game. I’d never tell a player to give up playing but it’s a case of saying there’s another way to perform at Old Trafford or Anfield. These day’s I’m still playing on a Saturday but I’ve started refereeing on a Sunday morning to build my experience.”

Hallam made moves towards becoming the man in the middle at an LFE event and has since talked to young players about the merits of the occupation.

“At the time you’re an apprentice you may not realise it but whether you get a contract for a year, six months or not, refereeing is a potential career path that could be exploited. I’m happy to talk to young players – even if it’s a word or two. I can pass on the benefit of my knowledge. Some might not be interested, for others it might be a case of something just clicking and them wanting to know more or how to start on this road.”

“Coming from a playing background gives you such an advantage. You know how to talk to players, you’re probably better at looking for things that some referees may not look for and your decision making is automatically instinctive. You might for example see a foul and be able to relate to the situation. I’m a centre-half so I can often spot things straight away and know what the player was trying to do. I think there’s a massive opportunity in refereeing for players.”

“A lot can go maybe further than they think as a referee. Often a lot of players don’t really think of refereeing as an option – maybe as players it’s not a role you associate yourself with but it’s a potential career path. Ironically it probably offers more longevity than being a player as you can do it until you’re 50 years old plus whereas you may only play until your early 30’s. If you start early enough there is a realistic chance you could get to become a Premier League or Football League referee.”