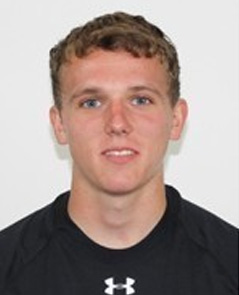 Ex Port Vale man Dominic Plant had an eye for goal as a goal-scoring midfielder now he’s retrained his sights on to a Masters Degree having completed a year at McKendree University in Illinois.

Plant, was released by Vale in the summer of 2012 after spending ten years at the club but fortunately had made preparations for his future while completing his two-year apprenticeship in Burslem.

Once a regular in Vale’s U’18s and Reserve teams the Staffordshire-born youngster has settled straight back into regular football with the McKendree University Men’s Soccer Team, or the “Bearcats” as they are known on the other side of the Atlantic.

“Towards Christmas time in my second year I realised that I was not going to make it as a professional, so I started looking at other options,” Plant told LFE.

“Going over to the USA to continue to play football but to also study business at the university was the best option, so I pursued it.”

The combination of football and studying Business has suited Plant and he admits that he is already looking beyond the remaining three years of his degree by targeting a Masters even though he has not yet decided which area of his current degree he is going to major on:

“I am studying Business but I am unsure of which route to take so it helps that I don’t have to decide I’m into my second year when I can make the decision based on my interests and go from there.”

Plant’s busy day-to-day schedule is a combination of academic work which includes general subjects like English, Maths and Science and football training. With huge finances in place to fund most collegiate programmes, Plant believes that soccer scholarships are an attractive proposition for young English players:

“The coaches try to get us to play properly which makes it so much more enjoyable because you get more touches of the ball and it’s very technical,” added Plant.

There are opportunities to have a route back into the professional game but that’s not for me. I am interested in doing a master’s degree either here or in Europe and I’ll also be looking to apply for jobs and see what is available when I finish.”