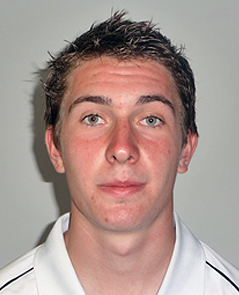 Daniel Hancock joined Rotherham Utd in the summer of 2009 but after failing to make a significant breakthrough he was released in 2011.

The 19 year-old goalkeeper then opted to discontinue his football career in favour of taking up a place at MMU.

“I was actually quite lucky in that I knew in the February/March time that I wasn’t going to get a deal at Rotherham.”

“By that point I had already used the Progression area of the LFE website to look at which universities were partners,” said Hancock.

I put applications in to Northumbria, Staffordshire and MMU and I elected to go to MMU after receiving a conditional offer from them.”

That offer was based on Hancock meeting a typical course entry requirement of reaching 280 UCAS points.

To do this he upgraded from the BTEC National Diploma to the Extended Diploma and achieved distinctions across the board to comfortably gain entry to his chosen course.

With ambitions to one day become a PE Teacher the former Rotherham Utd man has settled well in to life on MMU’s Cheshire Campus in Crewe.

“The course has started well I’m giving university football a miss this year to concentrate on my studies but I do get along and watch Crewe play from time to time. So far we’ve done some VO2 max testing as well as working through stuff on physiology, anatomy and bio-mechanics.”

All in all I’m in the classroom around 16 hours a week now which obviously differs from full-time football but it’s something I’m really enjoying,” he added.