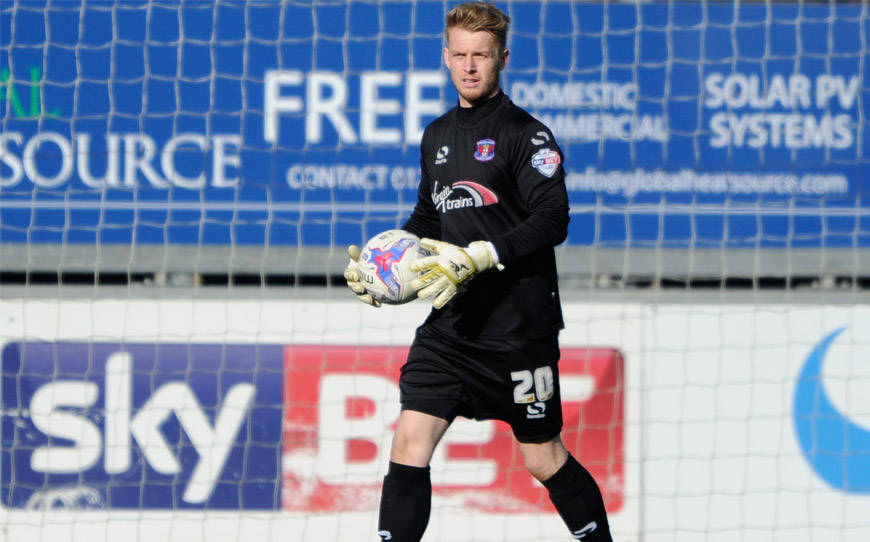 Dan Hanford has come full circle since being released by Rochdale. He is back in the game though at League One club Carlisle United after not giving up on his dream.

A two-year apprenticeship is not a long time and hearing that you’re going to be released is painful and sudden. Whichever way it is addressed the words can be stinging and quick. Proving you’re good enough to return to professional football is another matter. It can be slow, mentally tough and a difficult path to take. It took Dan Hanford five years.

At 16, Hanford like many young players, left his family home [in Swansea] to follow a dream. It just so happened that at the time it meant living in the shadow of Spotland. He earned international caps for Wales Under-17 and Under-19 teams but a professional deal did not automatically follow and a spell on work experience at non-league Clitheroe helped him plot a new course. “It was different environment and tough but I learned massively from non-league.” Hanford said.

Men’s football gave the stopper the platform to impress. Former England coach Glenn Hoddle came calling with the offer of a place at his (now defunct) academy in Spain. “It was an unbelievable experience for me. It was academy football in a first-team environment, we played league football against men and it was a different type of football than we were used to,” he continued.

From there the Welshman joined a Hereford side under the charge of former West Bromwich Albion keeper Russell Hoult and went straight into Hoult’s first XI. “It was a great day for me when I made my debut, I went on to play 10 games before they sat me out. I was still young and it was good for them to provide me with a chance,” he added.

Unfortunately the Bulls were heading towards financial oblivion so Hanford moved on again this time to Floriana who play in the Maltese Premier League. Sixty-four games and a cup win later, the offer of a trial at Brunton Park, proved difficult to pass up and a short-term deal followed. “I signed a short-term deal as cover for Mark Gillespie, though Keith Curle has given me a chance to play.” Hanford said.

“He saw I was training hard and unfortunately Mark got injured but that’s the chance a keeper has to wait for. I finally made my professional debut with a clean sheet against Tranmere Rovers back in September.

Curle recently handed the stopper an incentive based extension until the summer of 2016 so for now at least his journey is happily over. “It’s been a massive learning curve and I wouldn’t change any of it,” Hanford added.“Some players never experience what I’ve been through and it just shows with grit and determination you can get there.”