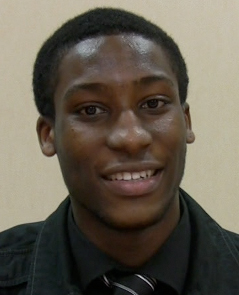 Cheyenne has not given up hope of forging a career in professional football despite being shown the door by Crewe Alexandra Manager Dario Gradi at the end of last season.

However, despite being a central figure in Hednesford’s surge towards the play-off places last term, it was not enough to earn Dunkley or fellow loanee Chris Clements a new deal at Crewe, with both players surprisingly released in May 2010.

Dunkley admits it was a blow but reckons that while Alex boss, Gradi simply didn’t fancy him as a player he holds no ill will towards his former Club: “It became obvious from the way Critch spoke to me (Neil Critchley Academy Manager) that there was going to be nothing in the offing for me at Gresty Road.”

“I’m maybe not the sort of player that typifies what Crewe is perceived to be about but I’ll be aiming to prove them wrong and show I am capable of playing at that standard,” said Dunkley.

Dunkley’s impact at Keys Park meant that he would never seriously have to look far for a Club willing to offer him a route back in to the game and he has become a mainstay in the Hednesford side this season with his adaptability proving to be a valuable asset.

I’m playing regularly, I’ve featured in centre midfield and at centre-half and while I would class myself as a defender I’m happy to play and do a job for the team wherever the Manager needs me.”

Dunkley’s transition in to the Pitmen’s team has no doubt been aided by integrating with half a dozen other players recruited from the professional game and he is quick to defend the abilities of those performers.

“There’s a lot of talent out there and not just at our Club, just because players have been released by league Clubs it doesn’t necessarily mean you’re not good enough, they might just not be the player for that Club,” he continued.

While plotting his progress back towards the professional game, Dunkley has not lost sight that this could be a long-shot and has already started to think about alternative careers in Sport, starting with the degree at Loughborough University.

I’m not sure exactly what I want to do but the degree should give me options in a variety of areas. One thing’s for sure, there’s definitely life after football and so many pathways that you can move into,” he added.