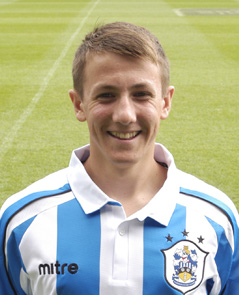 Adam Colton has successfully completed his first year of study at Santa Barbara City College in California having previously been on the books at Huddersfield Town.

The midfielder was handed a squad number by then first-team boss Lee Clark after a promising start to his apprenticeship but his progress at the club was curtailed by injury and he was released at the Terriers at the end of his second year.

After a season long stint at non-league Ilkeston Town, which saw him make over 30 appearances Colton decided that the prospects of catapulting himself back into the Football League were slim and enlisted the help of a sports scholarship agency to help him secure a place at an American University.

His decision to go to California was not rushed though, rather a more carefully thought out decision.

“When I was at Ilkeston I realised I had to decide what I was going to do next in my life and I wasn’t really sure,” said Colton.

I didn’t feel as I was equipped for university life in England, but I looked into moving to America and the next thing I knew I was in Santa Barbara California.”

Adam who now majors in Sports Science has to sit general education classes which include English and Mathematics as well as attending lessons in subjects like Biology which relate to his Degree.

“All my grades have to be at a good standard for me to progress with my major,” continued Colton.

“The system over here means that I am completing an all-round degree because I’m learning about everything.”

The sports facilities at the College have attracted heavy investment and is one of the main attractions for ex apprentice players which he freely admits:

“The facilities here are great, much better than back home in England.

“We have some of the best 4G pitches and our match-day stadium has a 15,000 capacity.

We have state of the art changing rooms and recovery rooms, every sport in America is a franchise, so there is plenty of money for good facilities,” continued Colton, who picked up the Vaquero Award, for outstanding athletic achievements last year.

Colton also admits that he has found that the lifestyle and opportunities in America differ greatly to what was on offer at home and that apprentices should not beat themselves up if they aren’t offered a professional because there is ‘life after football’:

The best advice I could give to those who are in the same shoes I was in a couple of years ago is to take your time and not to rush into any decisions about the future. There is life after football and there are plenty of options. America has been a dream move for me but everyone is different and needs to think what suits them best,” added Colton.