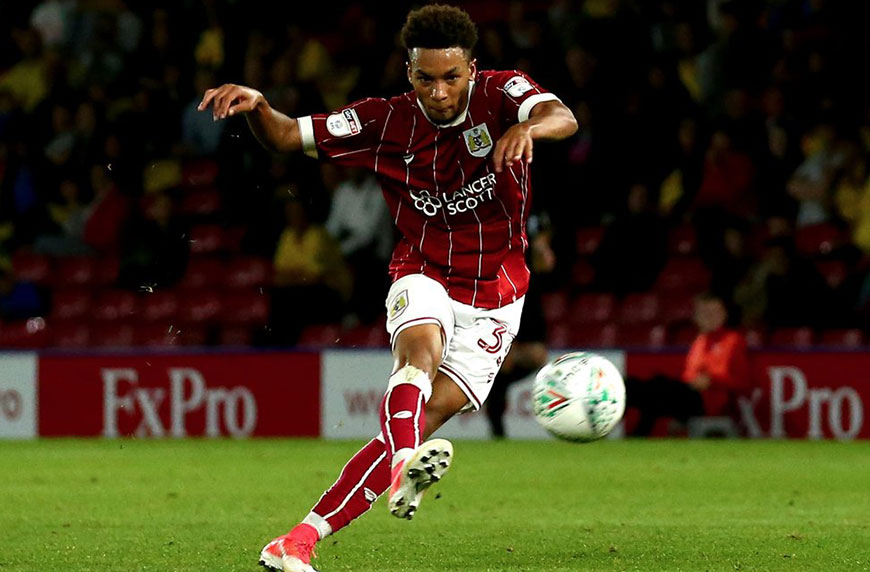 Bristol City duo Freddie Hinds and Joe Morrell have agreed terms with Cheltenham Town for loan moves until the start of 2018.

Midfielder Morrell, 20, came through the ranks for the Robins and was handed a first-team debut in the EFL Cup against Wycombe Wanderers in October 2013, while striker Hinds, 18, was recruited from Luton Town for an undisclosed fee at the end of January.

“We’re delighted to welcome the players and we hope that they can play a big part in our season,” Cheltenham manager Gary Johnson told the club website.

“(They) are potential Championship players that need the experience of league games and meet the character and personality traits for players we want at the club.”

Wales youth international Morrell has previously spent time on loan at Sutton United and Margate and featured off the bench in City’s 5-0 thrashing of Plymouth Argyle in the EFL Cup at the start of the month.

“Joe played very well against us in pre-season so we’re delighted he joins us,” said Johnson.

“He’s been given an opportunity to prove himself at league level and I’m sure he will look to take it with both hands.”

Meanwhile, Hinds played twice for Luton last term before his switch to Ashton Gate but has made a name for himself this month by scoring on his City debut against Argyle, followed by another strike during their 3-2 EFL Trophy victory over Watford, as well as earning a Championship appearance as a late substitute against Brentford.

“Freddie has really burst onto the scene in the last month, particularly with his goal against Premier League opposition in Watford in the cup,” Johnson added.

“He brings real energy to the squad and is a good finisher.”