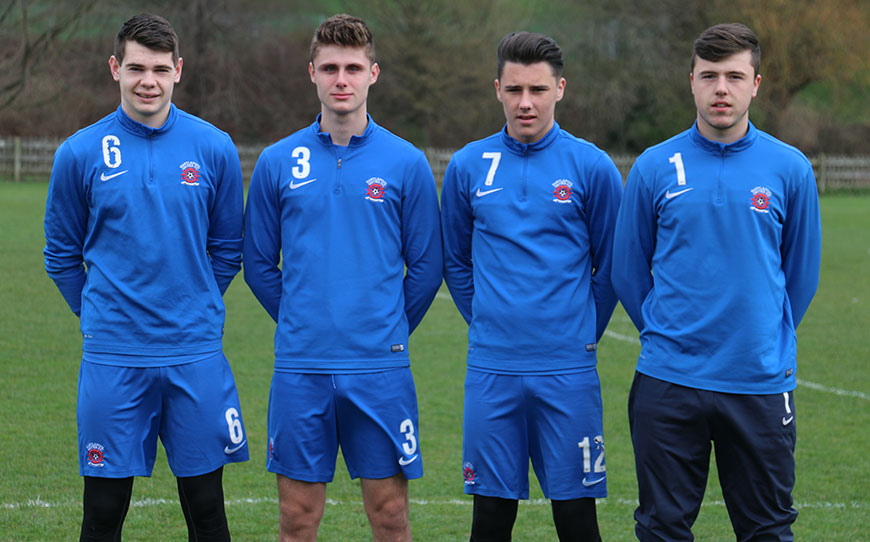 The Hartlepool United manager Dave Jones has handed professional deals to four of the club’s brightest prospects and then challenged them to become first team regulars.

Goalkeeper keeper Ryan Catterick and Aaron Cunningham, who has the versatility to play in midfield or defence, have joined right-back Kenton Richardson and attacking midfielder Josh Hawkes in signing professional terms.

While Richardson and Hawkes had already been introduced to Jones’s first team squad, the Pool’s boss wants all four to kick-on to regular involvement in his plans.

“The kids who have signed pro contracts have done the easy bit, as far as I’m concerned,” said Jones.

“The hardest part is keeping it.

“They have 5,000 kids after them chasing what they have achieved.

“I will give them the stage, all the knowledge i can give them, now it’s down to them to stake their claim for the first team

“If they want a [first-team] shirt they have to earn it and once they have it they need to keep it.”

Catterick, 17, is a goalkeeper who joined the club as a 13-year-old from hometown club Middlesbrough, and has been on the Pools bench this season.

Cunningham, 18, is a defender who is capable of playing in midfield, while Hawkes, who made his senior bow against Crewe in February, has become a regular in the first-team squad of late as an attacking midfield option.

Completing the quartet, Richardson, 17, is a young right-back who has already made eight senior appearances for the club after making his debut against Mansfield last month.

Academy manager John Hewitson said: “As an academy we’re here to produce players for the first team so I am delighted to see the four of them sign their professional deals.

“The new manager has come in and seen these players for himself so we haven’t really had to do much pushing – he can see what they’re capable of and how much potential they all have.

“They’ve now been given the opportunity to push their careers on and it shows the outside world that there is a massive pathway for young players at Hartlepool United.”