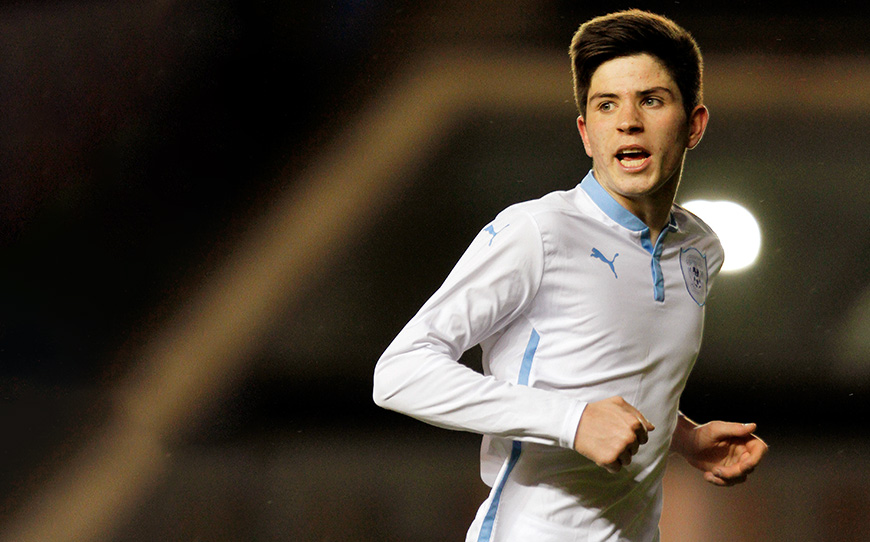 Cian Harries is aiming for a place in Tony Mowbray’s Coventry City first team after signing his first professional contract with the club.

Harries who captained the club’s Under-18 side last term has signed a three-year professional deal after coming to the end of his apprenticeship.

The 18-year-old who has represented Wales Under-19s has been rewarded for his performances in the Sky Blues U18s and U21s this season and is now keen to make the next step up.

“I was absolutely over the moon, all the hard work had paid off but now it’s the next step and we all have to work even harder now to make sure we impress,” Harries said.

“I’ve played so much football, I’m grateful for so many opportunities at 18s and 21s level.”

“It’s been tough physically as we’ve played Saturday then Monday for a lot of the season. But the hard-work will stand us in good stead.”

“I want to impress in pre-season, keep myself in the gaffer’s eye line and make my full debut.”

“Hopefully then I can push on and become a regular in the side, it will take time but I’m willing to work and continue learning. It’s a big year for us and I want to help the team move forward in League One.”

Midfielders Devon Kelly-Evans and Ben Stevenson have also put pen to paper on professional deals. Kelly-Evans has signed a one-year contract while Stevenson, has been handed a two-year deal.