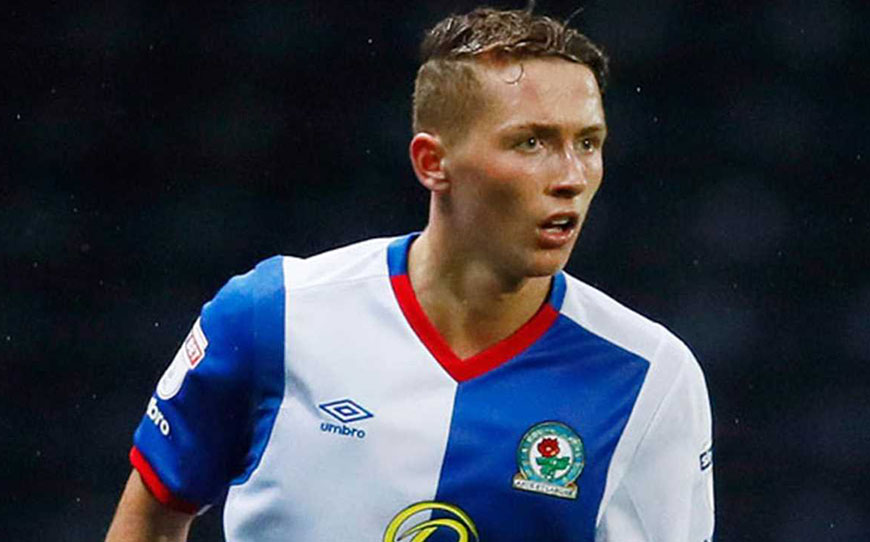 Blackburn Rovers midfielder Lewis Hardcastle has signed a new two-year contract to remain at the club until June 2019.

The 19-year-old enjoyed a rise to prominence in the second year of apprenticeship during a successful loan spell with high-profile Non-League club Salford City in the 2015-16 season, where he starred in their run to the second round of the FA Cup.

“It’s great to get the deal signed. I’ve been here for 13 years and now it’s time to kick on,” Hardcastle told the club website. “The club have done a lot for me and treated me well. I want to stay here as long as possible. I’ve loved every minute of it.

“All the staff have always been nice to me and I’ve really enjoyed playing here. I hope that continues. When you are six-years-old you always have aspirations to be a footballer and now I’m delighted to put pen to paper at a big club.

“It’s a massive achievement for anyone to sign a professional contract.”

Hardcastle amassed 33 appearances in the Under-23s last season, including three outings in the Checkatrade Trophy and has stepped up to captain the Rovers development squad this term.

“I hope the Under-23s can win the league and go into the top level. It’s the best U23s side we’ve had for a while with the togetherness we have,” he said. “We’re all best mates really both on and off the pitch. That makes it so much easier to play with my team-mates.

“I’m really motivated to push on and get a first team chance and ultimately taking it. I think everyone’s the same. We know there is always a chance of getting in the first team with this club.

“The gaffer isn’t bothered about chucking youngsters in and I’m ready to make progress and play in the first team sooner rather than later.”

The teenager joins fellow academy graduates Ryan Nyambe, Scott Wharton and Willem Tomlinson in committing his future to the club after they all agreed new contracts in recent weeks, while second-year apprentice Dan Butterworth penned his first professional deal this month.