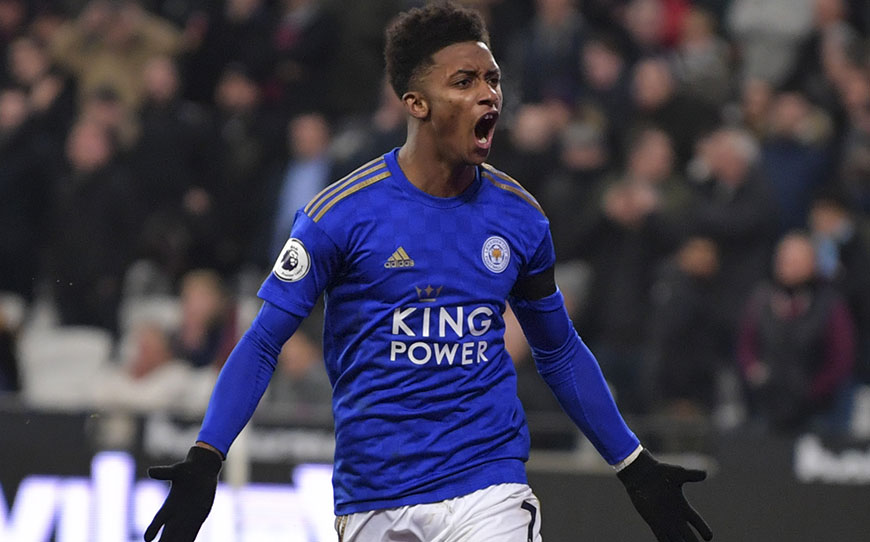 Bundesliga club Bayer 04 Leverkusen have signed winger Demarai Gray from Leicester City for an undisclosed fee, believed to be around £2million.

The 24-year-old, who won the Premier League title with the Foxes in 2015/16, scored 13 goals in 168 appearances for the club in all competitions, but was mainly limited to outings off the bench, featuring as a substitute on 94 occasions.

The former England Under-21 international started as an academy player at Birmingham City, playing 78 times for the first team, including nine as a second year apprentice during the 2013-14 season.

Gray told Leverkusen’s website: “It’s a great opportunity to gain a new experience abroad at a very attractive club. The whole world was watching when the Bundesliga was the first big league to start playing again last year after the break caused by the coronavirus. I like German football.

“I’ve seen how Bayer 04 attack, are aggressive with great technique going forward and like to dictate the game through possession. I’ll fit in well. I can, and I would like to develop here and be successful with this attractive team.”

Bayer Sporting Director Simon Rolfes said: “Demarai Gray is a tricky, very fast and penetrating winger who will give our attacking game an additional boost.

“He’s capable of winning out in fast one-on-ones and bringing his teammates into play. Thanks to his experience in the Premier League, Demarai is a player who can help us straightaway.”

Speaking to LCFC.com, Gray added: “Today I say goodbye to a wonderful club and family, which is how it is at Leicester City. I want to thank everyone at the club who has helped me to become a better footballer.

“My debut and winning the Premier League have been unforgettable moments that will be part of my career forever, together with the goal against Cardiff. It was a privilege to score that and to be able to dedicate it to a wonderful man and Chairman, Khun Vichai.

“I’m ready for a new challenge now and I wish the club and all my teammates a future full of success.”