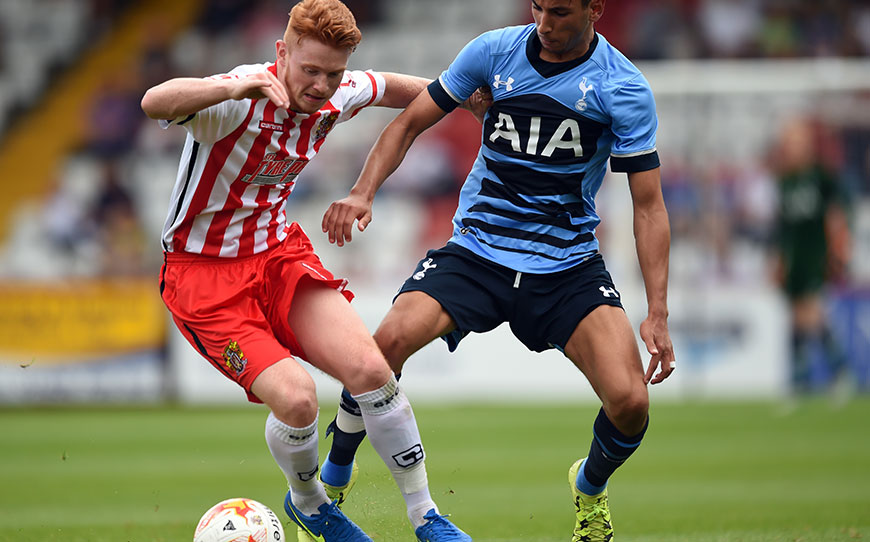 Gordon who graduated from the club’s apprenticeship programme in 2014, spent most of last season on loan at Chelmsford City but was recently handed his second ever start for Boro in their 2-0 win over Hartlepool.

And the 19-year-old, who alongside the likes of Dale Gorman (pictured) was one of four teenagers to start that game, is keen to repay Sheringham’s belief in the club’s younger players.

“The gaffer puts his trust in young players, and if you’re good enough you can play,” Gordon told the Stevenage Comet.

“That’s what (younger players) need, a management (team) that doesn’t mind how old you are as long as you’re good enough.

“It’s a confidence boost having a manager that trusts us.”

Gordon who was held back by a hamstring problem in pre-season made over 30 appearances at Chelmsford last term and is now eager to add to his appearance tally for Boro.

“I had a hamstring injury which kept me out for about four weeks, but now I want to try to implement what I do on the training ground on the pitch,” he added.

“I was on loan at Chelmsford for six months but that was extended, and I enjoyed it there.

“I played 30-odd games and it was good to have that first team experience. I’ve now got to try to carry that on higher up the leagues.”

“We have got a good team here, good management. Hopefully we’ve shown that we can win games against sides that are doing well and we can carry that on for the season.”