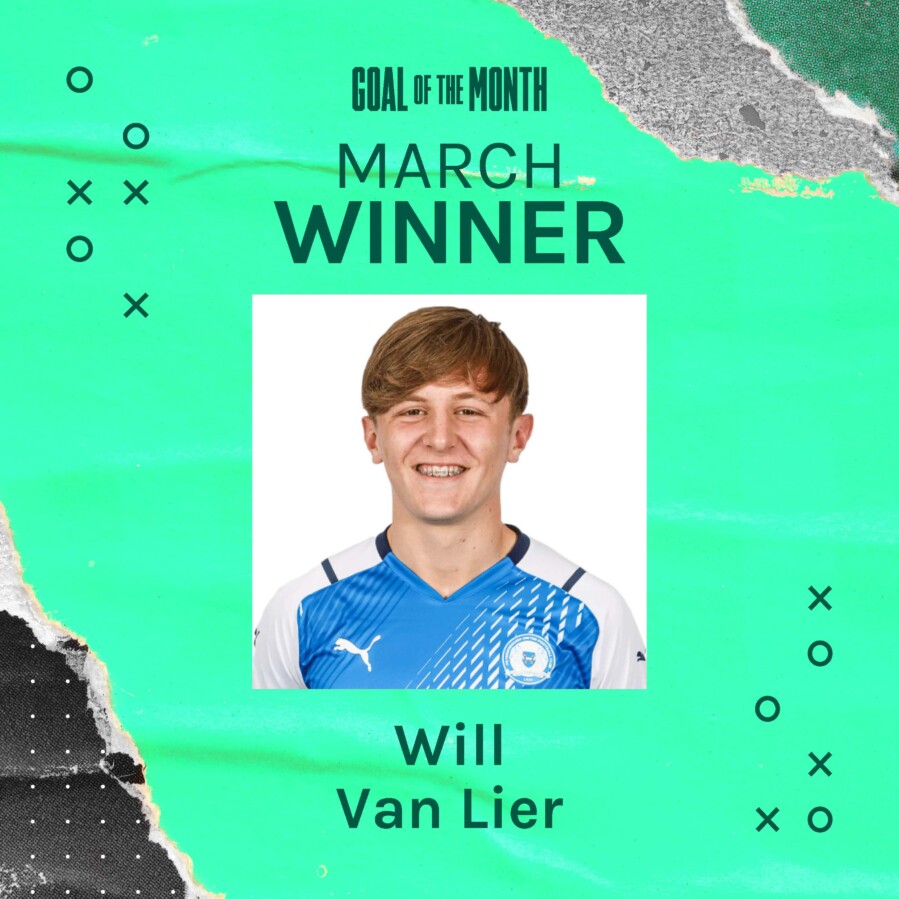 LFE is pleased to announce that Peterborough United’s Will Van Lier is the winner of the LFE Goal of the Month award for March.

The second-year apprentice scored a spectacular long-range strike that went in off the underside of the bar against Sheffield Wednesday on March 8.