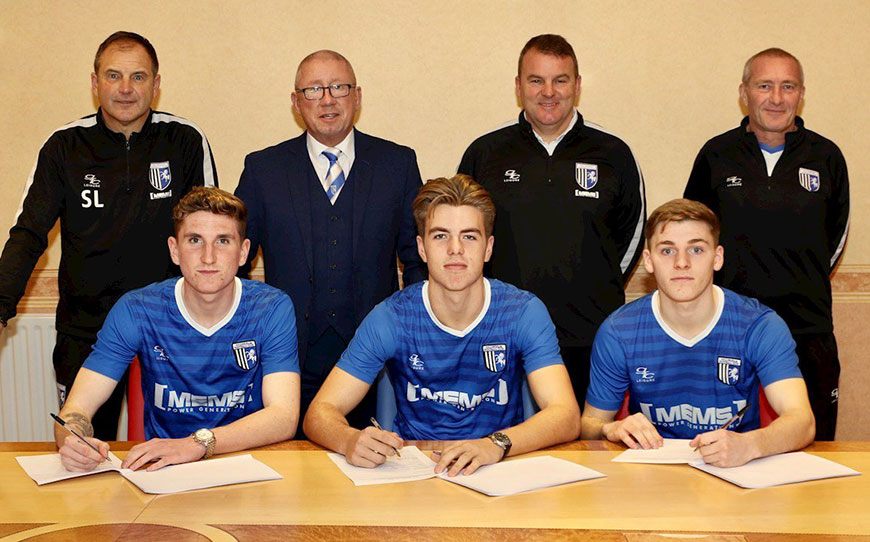 Gillingham have tied up the futures of three second-year apprentices after agreeing one-year professional deals with Ryan Huckle, Jack Tucker and Henry Woods.

Tucker was named in LFE’s most recent edition of ‘The 11’ in December for his efforts both on and off the pitch. The 18-year-old made his senior debut as a half-time substitute in a televised 1-0 defeat to Portsmouth in October before featuring in the 7-5 Checkatrade Trophy victory against Reading Under-21s.

The defender has been thriving in the classroom as well, working at D*DD level in the Level 3 Extended Diploma, as well as completing his Level 2 coaching badge. He also recently represented the club on an overseas charity trip to Sri Lanka, where he coached several hundred school children over a 10-day period.

Huckle and Woods are yet to earn their first-team bows, but have both been consistent performers in the Under-18 team, with the latter reaching double figures in front of goal from midfield this season to help the Gills climb to fourth in the EFL Youth Alliance South East division.

Manager Steve Lovell told the club website: “I’m absolutely delighted for all three of them. They have worked incredibly hard, have shown total dedication to the club and deserve their professional contracts.

“They, potentially, have qualities which will help us in the future and they are a credit to the club both on and off the field.”