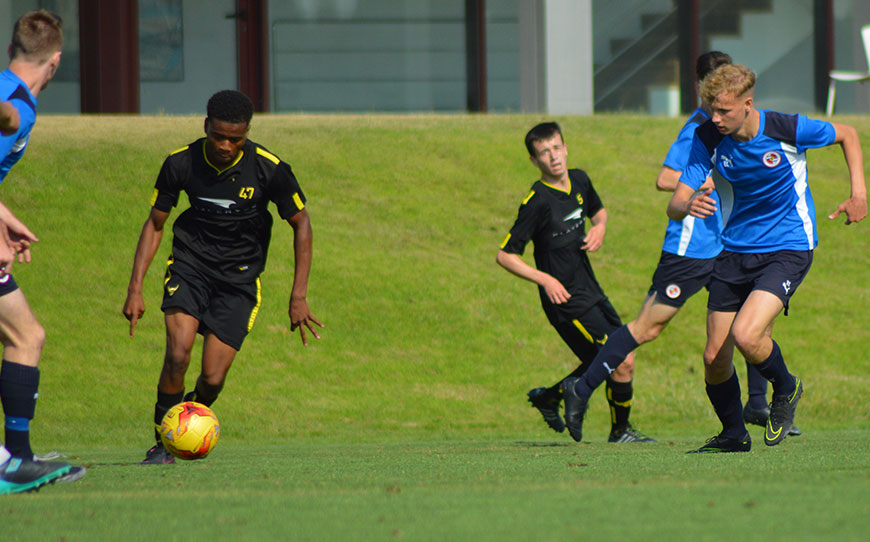 Academy sides at Bristol City, Oxford United and Reading have completed an action-packed first week of their LFE trip to Spain.

The three teams began preparations for their three tour fixtures with a number of training sessions led by coaches of their host clubs – Getafe, AD Alcorcon and Rayo Vallecano.

Players and staff of each team have also enjoyed plenty of activities off the pitch, taking a tour of the Spanish National Football museum, visiting a local theme park and tackling some Spanish language lessons.

The week came to a close with the opening set of matches, with all three clubs taking on Atletico Madrid.

In a hard-fought encounter, Reading were narrowly edged out 1-0 as Giovanni Navarro Sole’s goal proved the difference, while Oxford and Bristol City played 45 minutes each against the Spanish giants, with both also losing 1-0.

The two sides then played a 45-minute game against each other as Oxford came out on top 2-0 to claim the bragging rights, with Jordan Graham among the goalscorers.

The squads were then treated to a trip to the Bernabeu to tour the famous stadium, while also experiencing a coaching masterclass at Real Madrid’s training ground.