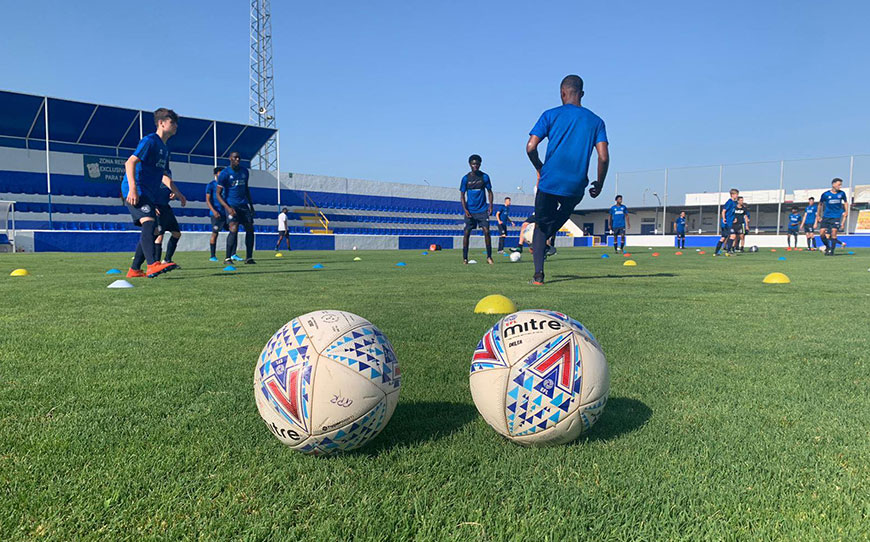 Academy squads of AFC Wimbledon, Blackburn Rovers, Fleetwood Town, Port Vale, QPR and Wigan Athletic are back in the country and ready to start the new season having completed a two-week trip to Spain, organised by LFE and funded by Erasmus+.

During their time abroad, the six EFL clubs tested themselves against high-calibre opposition, taking on the likes of Atlético Madrid, Real Madrid and Sevilla, while they were also provided the opportunity to learn about the Spanish methodology by taking part in training sessions led by coaches from various Spanish clubs and regions.

Wigan were particularly successful during their fixture schedule after remaining unbeaten with wins over Málaga CF and Antequera FC, as well as a 3-3 draw with Granada CF. AFC Wimbledon produced an exceptional display to beat Xerez Deportivo 8-1, while Blackburn enjoyed a standout experience by facing Real Madrid live on the club’s TV channel, earning a terrific goalless draw.

Elsewhere, a tremendous performance from Fleetwood saw them take the lead against Atlético, although they ultimately lost 2-1 due to a stoppage-time strike from the Spaniards. Port Vale were able to taste victory on foreign soil with a 1-0 victory over Aravaca CF, while QPR’s highlight moment came from Hamzad Kargbo, who converted an audacious overhead kick against Sevilla.

The teams also participated in off the pitch activities to further immerse themselves in the local culture, such as Spanish language lessons, a visit to Real Madrid’s Santiago Bernabéu stadium and tours around their host cities, while AFC Wimbledon and QPR apprentices made an impact in the Seville community by leading fun sessions for disadvantaged children from the areas of Puebla and Pilas.

Click on each club below to view a selection of images from the Spain LFE trip:

To check out video reaction from this year’s trip, click the link below to view the LFE/Erasmus+ trip video playlist, which contains a variety of interviews from Spain and the Netherlands: